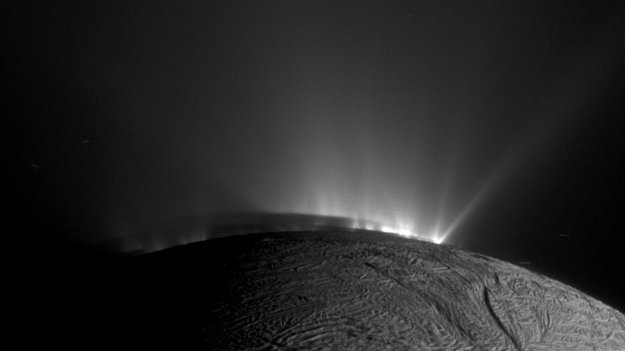 The researchers of Cassini’s mission once again showed the Tiger Stripes on the surface of the moon.

The data obtained by the Cassini spacecraft showed complex organic molecules emanating from the icy satellite of Saturn – Enceladus. This only strengthened scientists in the idea that this world with the ocean in its bowels can have suitable conditions for the inception and development of life.

Until 2005, very little was known about Enceladus. However, when Cassini flew close to this satellite, the first detailed data began to appear about him, which made it possible to learn a lot about this remote world.

Despite the fact that Cassini’s mission ended in September, researchers still have a lot of data to analyze the water satellite of Saturn.

During the incredible journey of the spacecraft, scientists discovered that the 500-kilometer Enceladus has a large ocean hidden beneath a thick ice crust. This is proof that there are intense thermal springs on the seabed that are hurrying the material out of the water-filled, porous satellite core with ocean water.

As part of the study, many geysers were discovered that released a mixture of water vapor and ice particles from the inner oceans into space through cracks called “tiger stripes.”