Titan has the ingredients for life 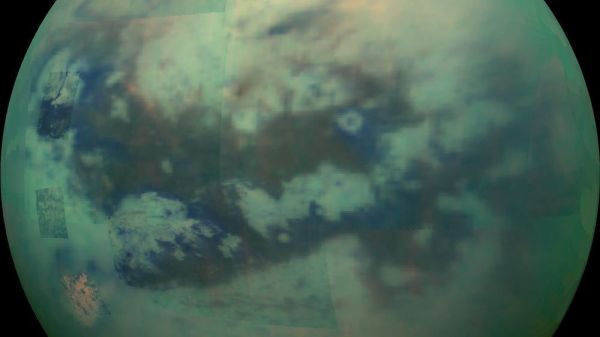 For nearly two decades, the global space sector has focused most of its funds and research on Mars in search of the building blocks of life. Yet there are dynamic worlds, such as Saturn’s moon Titan, in which biologically more could be happening than on the Red Planet.

Catherine Neish is counting the days until her launch into space. Although the planetary geologist is not suitable for her own interstellar travel, she plays a key role in the international mission – sending an unmanned robot to Saturn’s satellite Titan, which is due to launch in 2027.

In a recent study published by Astronomy and Astrophysics, Neisch and her colleagues at the European Space Agency (ESA) used advanced imaging technology to explore Titan. They found that the formation of impact craters on Saturn’s largest moon exposes relatively fresh “water ice” from Titan’s ice crust.

On Titan, atmospheric processes hide ice beneath a layer of sand-like organic material. In the dry equatorial regions of Titan, sand accumulates; but at higher and wetter latitudes, surface currents erode the sand.

It’s hard to gauge what lies beneath Titan’s hazy atmosphere – unless, of course, you have a multimillion-dollar visible and infrared mapping spectrometer like ESA, which collected both visible light to humans and slightly longer wavelength infrared light during NASA’s mission. Cassini.

“Titan has weather. In this respect, it differs little from the Earth. It’s just that all the ingredients are wrong. It has methane rain and streams cutting through the surface, and organic sand scattering around. He’s still very active, just like Earth, ”Neish said.

These results could prove useful in detecting ancient ecosystems frozen at the bottom of impact craters, and will also prove invaluable in preparing data analysis and monitoring methods for the upcoming Dragonfly mission to Titan.

As interest in Titan and other planetary bodies grows, Neish senses that the global space sector is poised to begin the search for life beyond Mars, even if the Red Planet remains a prime destination for NASA, the Canadian Space Agency and blockbuster producers in Hollywood.

“I think more and more we are seeing a false equivalence between life and Mars. The recent discoveries about Venus and all the new things we learn about what was once an oceanic world are another turning point, ”Neish said. “Finally, humans will decide that our quest for life in the universe needs to focus on many more places, not just Mars.” And that includes NASA’s Dragonfly mission to Titan.