To a double asteroid will launch probes of a new generation 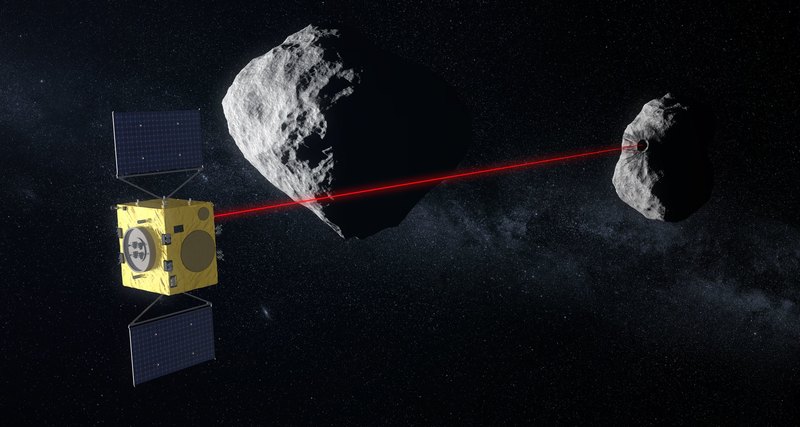 How to eliminate the threat of an asteroid flying to Earth? Of course, to bring down its trajectory by a space dart probe!

The solar system is full of huge asteroids. Most of them drift in space at a safe distance, but there is always a chance that this or that cosmic body will collide with the Earth. Millions of people can suffer as a result, and therefore it is important for scientists to learn as soon as possible how to prevent clashes of our planet with space debris.

Over the next ten years, NASA and ESA will take the first steps in developing a defensive plan to protect the Earth from asteroids. NASA will launch a DART probe (which crashes into the object and thereby attempts to change its trajectory) in 2022. In turn, ESA will launch its own probe Hera to study the results of collisions with asteroids in 2026.

The purpose of Hera will be a double asteroid, which flies regularly in dangerous proximity to the Earth. This is a pair of a large asteroid, Didmos, and a small one, called Didimon. Approximately 25% of asteroids in our stellar system are double, but so far they have never been visited by research probes.

Hera will arrive at these astroids already when their trajectory changes from the impact of DART. The probe will conduct research within its mission using LIDAR technology. The ultimate goal of the study is to collect enough data, on the basis of which in the future it will be possible to develop several new methods for studying asteroids. For example, the ESA spacecraft Rosetta has already visited the comet Churyumov-Gerasimenko and measured its mass, but it will not be possible to repeat a similar strategy with a double asteroid because of the gravitational impact of both asteroids.

In addition, Hera will be equipped with two CubeSats, thanks to which astronomers will be able to test various scientific instruments and new communication technologies. Hera will be in touch with earth stations and its own mini-satellites, and if it succeeds, it will help engineers improve the quality of communication in space.