To Earth on January 18-19 collapse a geomagnetic storm 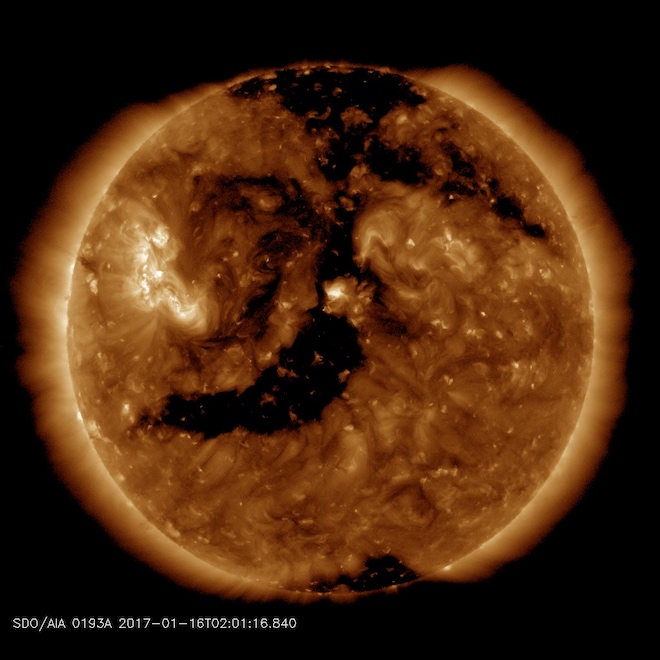 Specialists of the National oceanic and atmospheric administration reported that the likelihood of polar geomagnetic storms on January 18-19 is 70 %. Tomorrow the rapid flow of the solar wind will affect the Earth’s magnetic field.

The solar wind flow comes from the huge holes in the Sun’s atmosphere. The solar dynamics Observatory, NASA took a picture of education, which “looks” directly on the Ground on 16 January (photo above).

This coronal hole is a region where the solar magnetic field opens up and allows solar wind to escape. The substance ejected from coronal holes at speeds of 650 km/s.