To heat up ancient Mars could lead to methane emissions 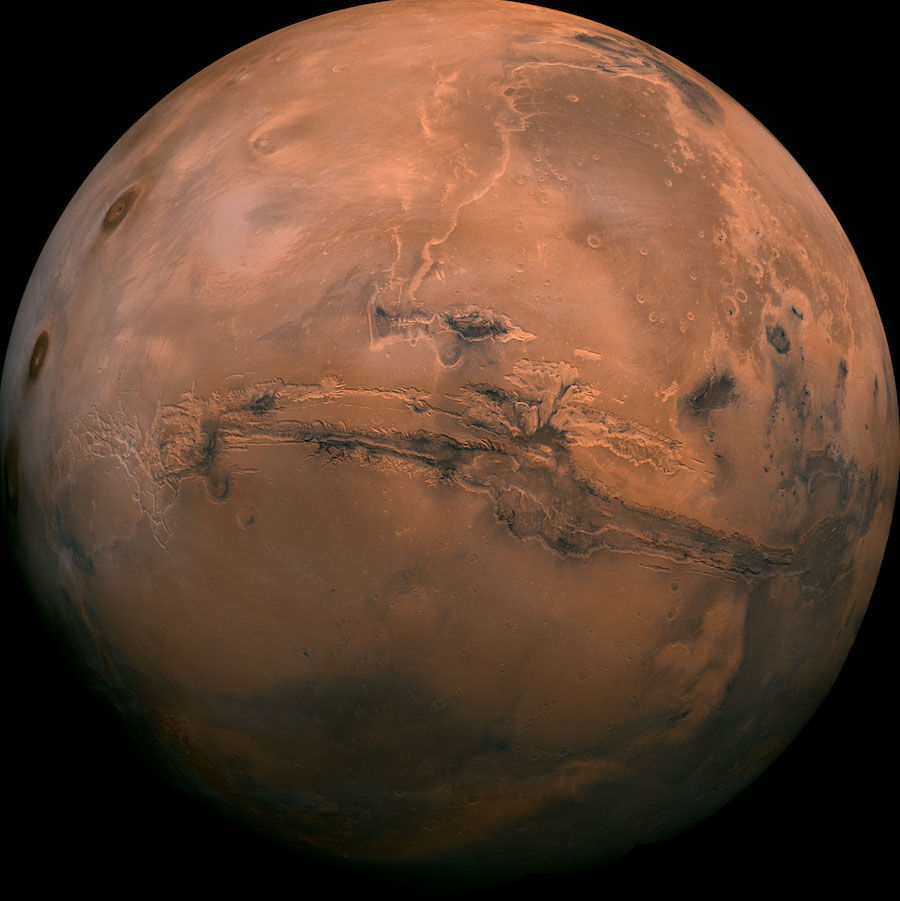 The presence of water on ancient Mars is a paradox. There are a number of geographical evidence, that on the surface of the planet periodically flowed the river. However, in the period when, presumably, these rivers flowed on the planet’s surface – that is, in a period of three to four billion years ago – Mars was supposed to be too cold so that the water could remain on its surface in liquid form. So what led to heating up of the planet?

Researchers from the school of engineering and applied Sciences (John A. Paulson School of Engineering and Applied Science, SEAS) Harvard University, USA, led by Robin Wordsworth (Wordsworth Robin), assistant Professor of environmental Sciences and engineering school of the SEAS, suggest that ancient Mars could warm up from time to time due to the powerful greenhouse effect of the mixture of atmospheric gases.

Four billion years ago the Sun was about 30 percent less bright than it is today, and consequently, a much smaller amount of heat received from our star the Martian surface. To hold this meager warmth on the planet would require a much larger greenhouse effect than that which could be caused by residing at the time in the planet’s atmosphere with carbon dioxide. So, even hundredfold increase in the pressure of carbon dioxide, compared to its partial pressure in the atmosphere of Mars, in numerical modeling of the climate of the planet does not give the possibility of raising the surface temperature to the temperature of melting ice, said Wordsworth.

To solve this problem, Wordsworth and his team proposed a scenario in which a powerful greenhouse effect in the atmosphere of early Mars is achieved through the interaction of three major atmospheric gases: methane, hydrogen and carbon dioxide. Currently on Mars the nature of the oxidizing atmosphere, but in ancient times the planet had a reducing atmosphere and recovered as the result of the occurrence of geological processes, methane was decomposed to produce hydrogen. The study shows that the greenhouse effect produced by a mixture of methane and hydrogen interacting with carbon dioxide, could determine substantially more intense heating of the planet, than previously thought.