To search for extraterrestrial life, a new space telescope is needed 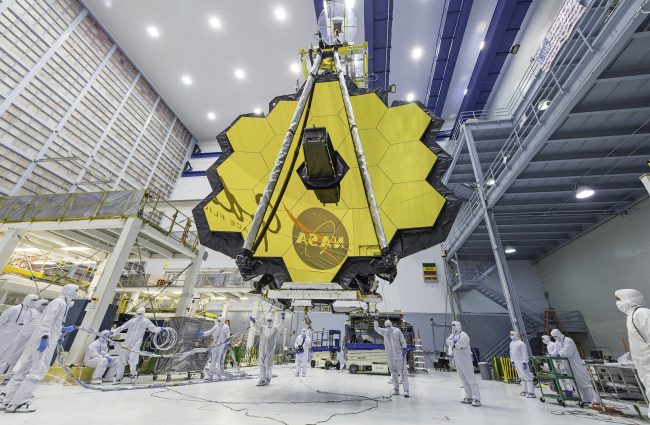 Scientists believe that if NASA really wants to seriously look for life outside Earth, the agency will need a new large space telescope – one that can directly photograph the planet beyond our solar system. There are no such technologies at the moment – only their raw versions. But astronomers claim that this is our best chance to find another Earth on which biological organisms can live.

This concept of mission has become the highest recommendation in a new report compiled by members of the National Academies of Science, Engineering and Medicine. The Academy was instructed by Congress to develop the best strategy for studying and exploring exoplanet worlds that are outside the solar system. And after gathering information from experts in this field, the National Academies presented seven recommendations, among which at the top of the list is a new telescope.

What do astronomers plan to do with the cosmos?

Of course, no one will force the execution of the request, given the harsh reality NASA encountered when trying to build its new large space observatory, the James Webb space telescope, or JWST. Initially, it was planned that it would cost $ 1 billion and was launched in 2007. But last June it became known that the project was spent 9.66 billion dollars, and the telescope itself will be launched at best in 2021. A new telescope, which should be built to search for alien life, will also include new technologies that have not even been tested in space. It can be even more complicated and expensive than even JWST.

However, when creating this report, the authors did not think about possible financial constraints. “We did not specifically take into account costs, schedules or any such things,” says Scott Gaudi, professor of astronomy at Ohio State University, who contributed to the report, and is also working on the concept of the HabEx Space Telescope mission. “It’s just a consensus on what the exoplanetary community feels, and the most important things that need to be done to respond to our scientific tasks.”

The goals are relatively simple. The first agenda of the report sets out what we need to understand how the planets are formed. When stars are born, they are usually formed in a swirling disk of gas and dust, and then separate planets appear in the same disks. How do these disks turn from simple gas into full-fledged planets?

The second goal attracts everyone on this planet: is there another planet like Earth on which life can exist? And here we just need a new telescope. Direct pictures of the planets could tell a lot about how they look and what is in their atmospheres. The gas that surrounds the planet can contain important clues about what is under it, on the surface. For example, gases associated with life, such as oxygen and methane, would be a powerful signal in favor of the presence of biological organisms on a distant planet. “We could conduct a census of the atmospheric composition of a large sample of terrestrial planets,” says Laura Kreidberg, an exoplanetary astronomer at Harvard University.

How to make out an exoplanet?

Nowadays, astronomers find exoplanets using ingenious methods, but not directly. The easiest way to observe remote worlds is to watch them pass in front of their parent star, that is, transit. These transitions slightly outshine the light of the star, causing a slight tarnish in brightness, which can be measured from the Earth. The NASA TESS spacecraft, in orbit, is looking for planets in this way, and the future telescope of James Webb will also be. Another method is to observe how the planet’s gravity affects the parent star. Despite the small size, the planets can cause a slight rocking of the star, thereby giving out its presence.

However, the direct image of an exoplanet is a monumental task, especially the size of the Earth. These planets are very close to their parent stars and are drowned out by starlight. A separate planet of terrestrial type is 10 billion times fainter than a star in orbit. Therefore, to directly photograph them, scientists need to equip future space telescopes with special tools that block or reduce stellar light.

Fortunately, astronomers are working on this. One of the concepts that are considered for application is the coronagraph – an optical instrument that can be attached to a telescope to suppress starlight with mirrors, so that it will be easier to see planets that are hiding nearby. Telescopes on Earth and in space were equipped with coronagraphs for the study of the Sun, but in space such high contrast instruments for blocking the light of distant stars were not fully tested. NASA is currently planning to demonstrate the work of this technology for the first time on one of the upcoming space telescopes – WFIRST. This step is also recommended by the National Academies.

In addition to the coronagraph there is another interesting option. Astronomers wanted to try something, known as the “star shadow.” This is a large floral structure that flies in front of the telescope, blocking the light from the star, “casting a shadow.” “No ray of starlight will fall into the telescope, only the light of the planet,” says Gaudi.

The only problem is that this technology is quite complicated. The flower will have to swim 100,000 kilometers from the telescope in space-and its position must be precisely controlled-in order to normally block the light of a distant star. And like the coronagraph, the star shadow (or the senior) is still very crude technology. In addition to this, many proposed telescopes, by which astronomers want to observe exoplanets, will be large and heavy. For example, the LUVOIR concept will have a larger mirror than even JWST.

Any telescope projects with the possibility of direct observation of planets will cost billions of dollars, and such costs will not be easy even for Congress, given the delays in implementation and stretching of the JWST budget. But astronomers are optimistic about the future, believing that one day the project will be implemented. This is an ambitious but achievable goal, especially in comparison with those already achieved – to take the same landing of people on the moon.

Gaudi also understands the difficulties that will stand in the way of implementing such a project. But this report simply reflects what the exoplanetary community hopes to achieve.