To the close exoplanet will send welcome signals 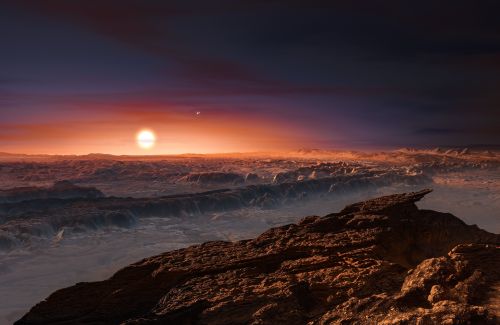 Experts of the METI project intend to send welcome signals to the planet Proxima of the Centaur of b – the next to us to the exoplanet which news about detection stirred up the scientific world not so long ago.

Tells the Nature Physics magazine about plans of the researchers submitting the METI project (Messaging to Extra-Terrestrial Intelligence). The Proxima of the Centaur of b of radio – or laser signals with the greetings intended for hypothetical aliens is about sending to the planet. Besides, experts of METI intend to send signals and to other objects located in thousands of light years from Earth (The Proxima of the Centaur of b is much closer – apart 4,2 St. years from Earth). Scientists want to realize conceived in the 2018th.

It will be not the first attempt of people of Earth to find “brothers on reason”. So, for example, in 1974 the radio signal which received the name “Aresibo’s Message” was sent. He was poisoned in the direction of a spherical star cluster of M13 located at a distance of 25000 light years. And earlier – in 1962 – the USSR sent the radio message “the World, Lenin, the USSR”, also intended for extraterrestrial mind.

At the same time, as authors of the project tell, the new message will become the first sending the repeating signals to the same points. METI is sure that the mankind needs to learn to communicate with representatives of other worlds (under a condition, of course, that they exist).

Except power (radio messages) there are the also material. The known plates of Pioneer spacecrafts and a plate of the device “Voyager” belong to their number all.

Earlier, we will remind, it was reported that the Russian businessman Yury Milner and the British physicist-theorist Stephen Hawking will begin a new stage of overseeing with mysteriously flickering star of KIC 8462852 also known as “a star of Tabbi”. Strange “behavior” of this star is connected sometimes with activity of an alien civilization and if to be more precisely – with construction around a star of an astroengineering construction conceptually similar to the so-called sphere of Dayson.