Today the Rosetta spacecraft will crash into the comet Churyumov-Gerasimenko 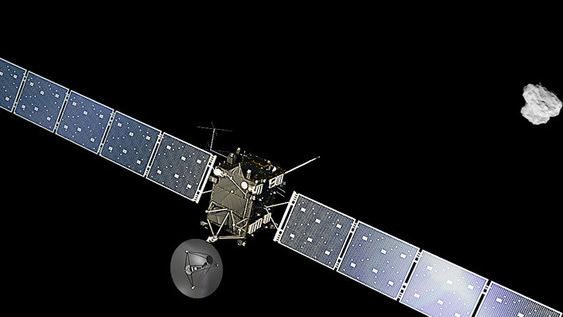 The Rosetta spacecraft sent to the surface of the comet Churyumov-Gerasimenko, a collision with which will complete the mission, which lasted 12 years. Rosetta was the first machine that was able to enter orbit of the comet and followed it for 6 billion kilometers.

The collision with the comet shall occur in the afternoon of 30 September. Rosetta will encounter the comet surface at a low speed, but is unlikely to withstand the impact.

In orbit around comet Churyumov-Gerasimenko, the craft was within two years. The unit collected sparse data on a celestial body, which in coming years will be to research scientists. These data will help to understand how comets are formed and how they release dust and gas as heating by the Sun.

In 2014, the apparatus on the surface of the comet came down the Philae probe is the world’s first such operation.

The European space Agency decided to close the mission, as the comet approaches the boundary of the Solar system. The spacecraft runs on solar batteries, and they are due to the large removal of from the sun will not be able to collect enough energy.