Today, the space probe “Cassini” will crash into Saturn 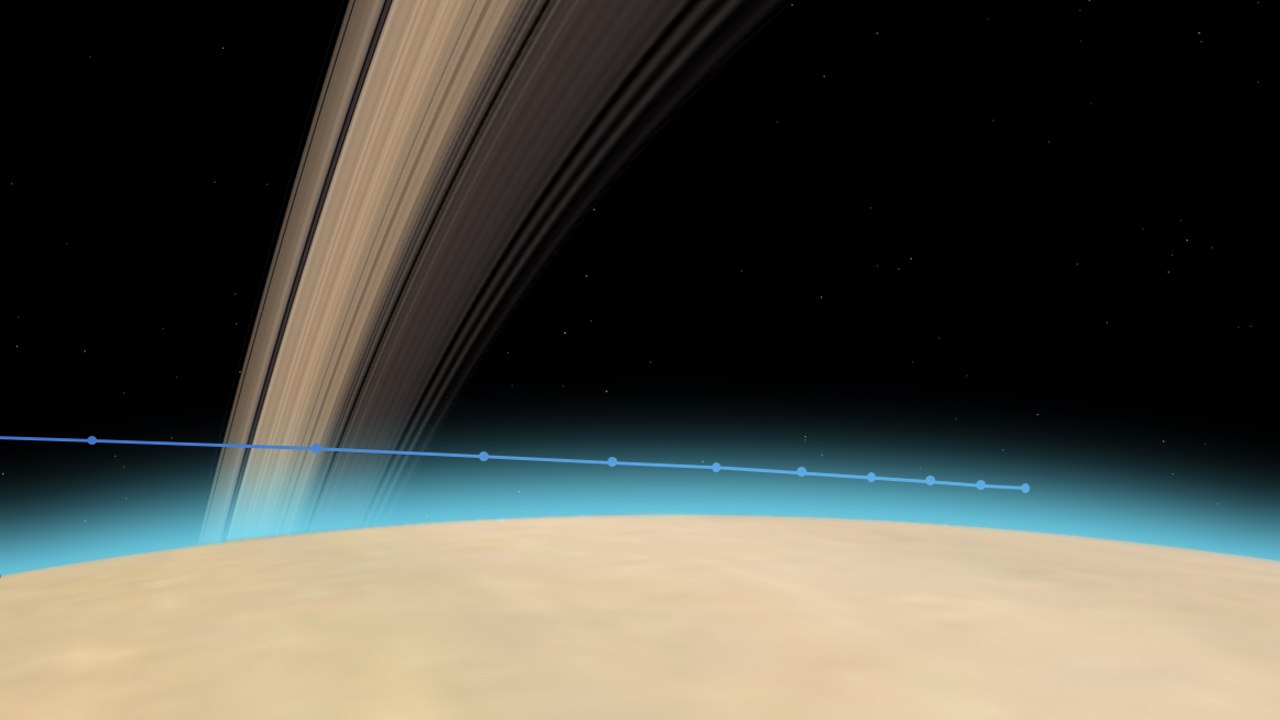 In the distant 1997, the Titan-401B rocket launched the Cassini-Huygens mission into space. Since then, almost 20 years have passed, of which the probe traveled to Saturn for 7 years and worked for 13 years in its orbit. People born in the year of launch, had grown up and become adults, and “Cassini” is still continuing his observations of the Saturn system. However, nothing lasts forever – tomorrow the device “dives” into the atmosphere of Saturn, where it will burn down, until the last transferring scientific data to Earth.

So, what will happen with the probe in the next 24 hours, when the curtain falls and why not work a little more? Now tell.

Why finish? 20 years of work in space is not a joke. The mission was extended two times in order to optimize fuel consumption for maneuvering, in addition, there is a gradual degradation of electronic equipment in the harsh conditions of cosmic radiation and dusty, in the truest sense of the word, the surroundings of Saturn. Yes, the rest of the fuel could be used for work for several years, but the scientific value of the observations during this time is much less than the scientific value of the Grand Final, which consisted of series of “dives” in the rings and the final immersion in the atmosphere of Saturn. It is because of the enormous scientific value that the “Grand Final” scenario was preferred to landing on satellites of Saturn or a flight to another planet. 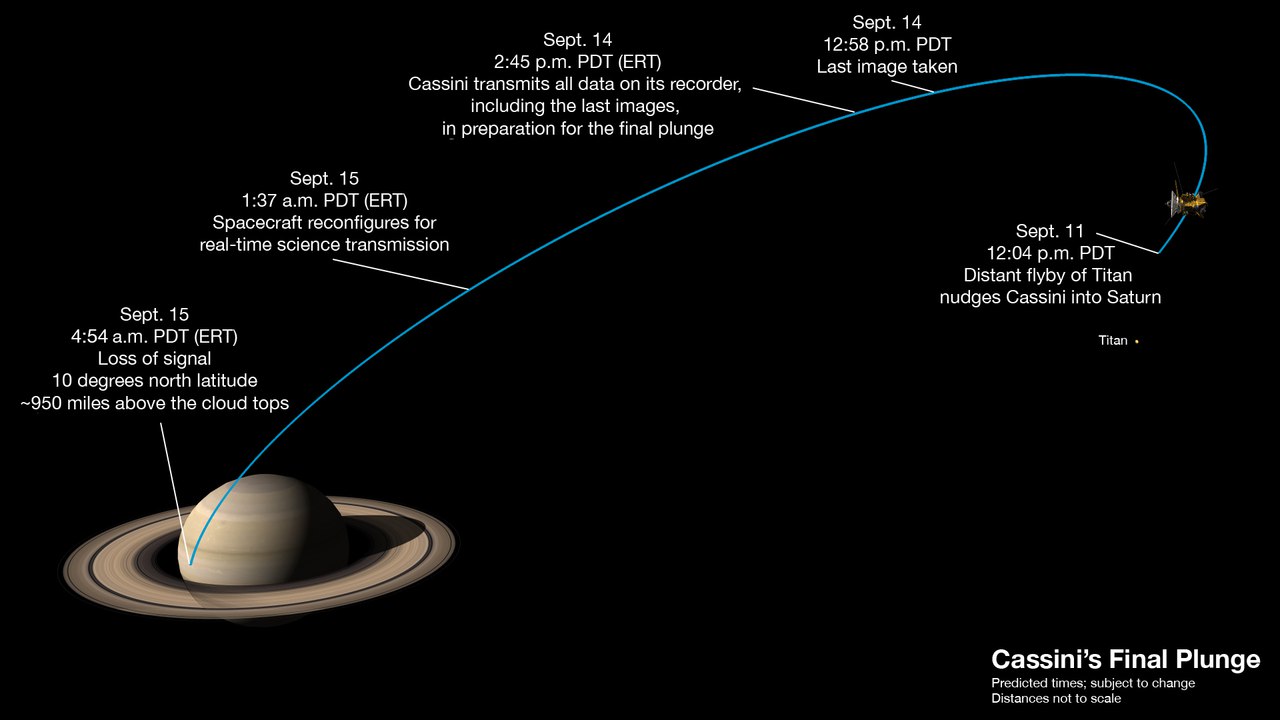 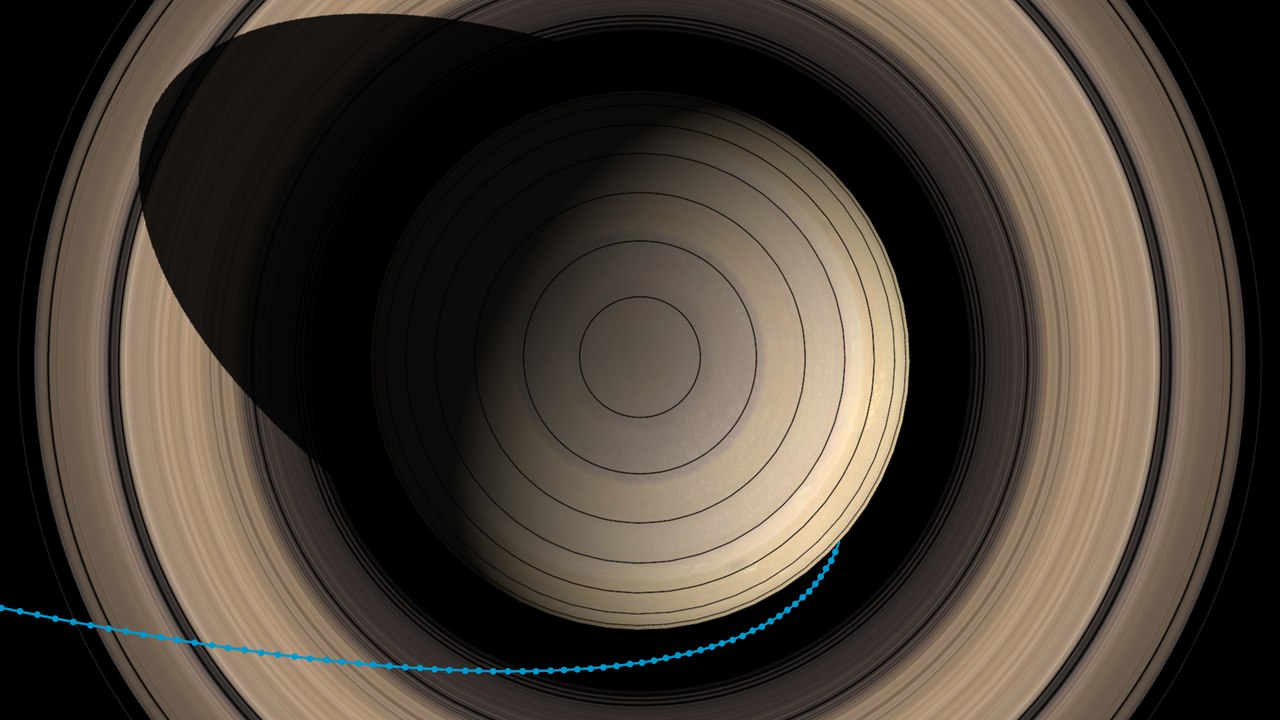 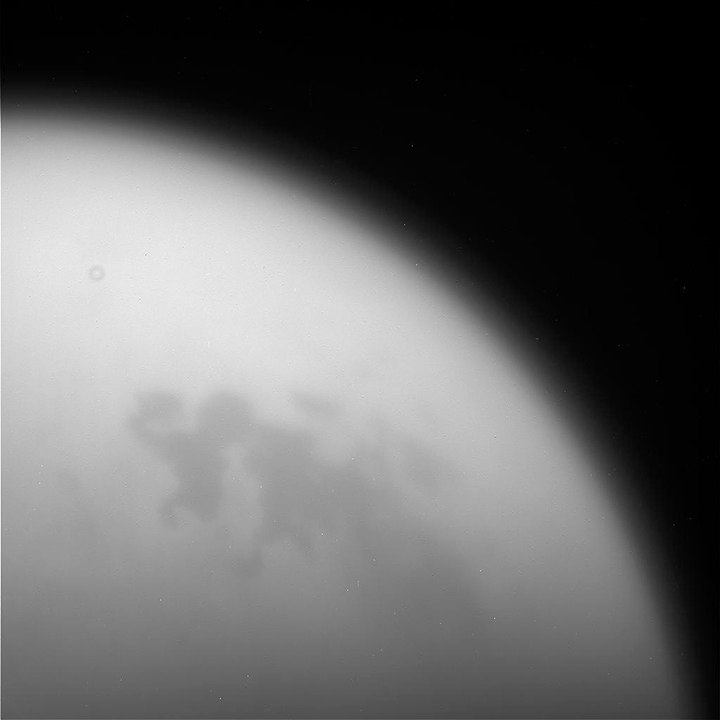 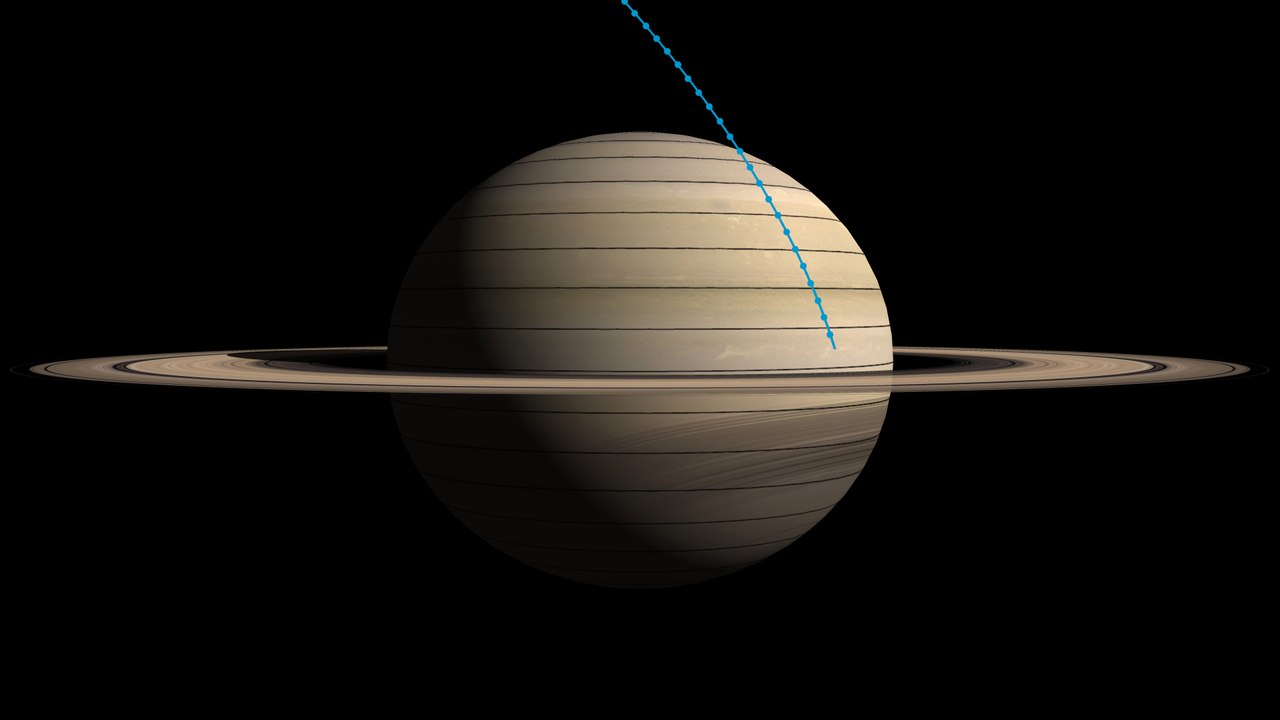 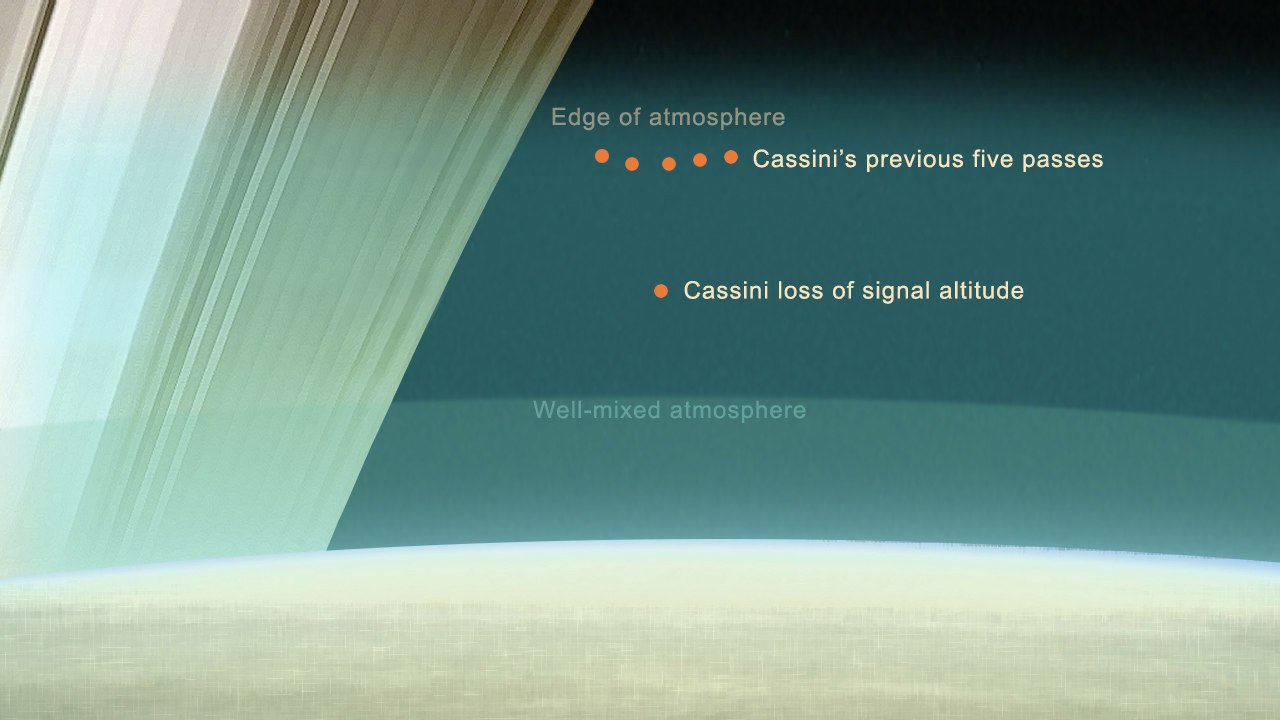 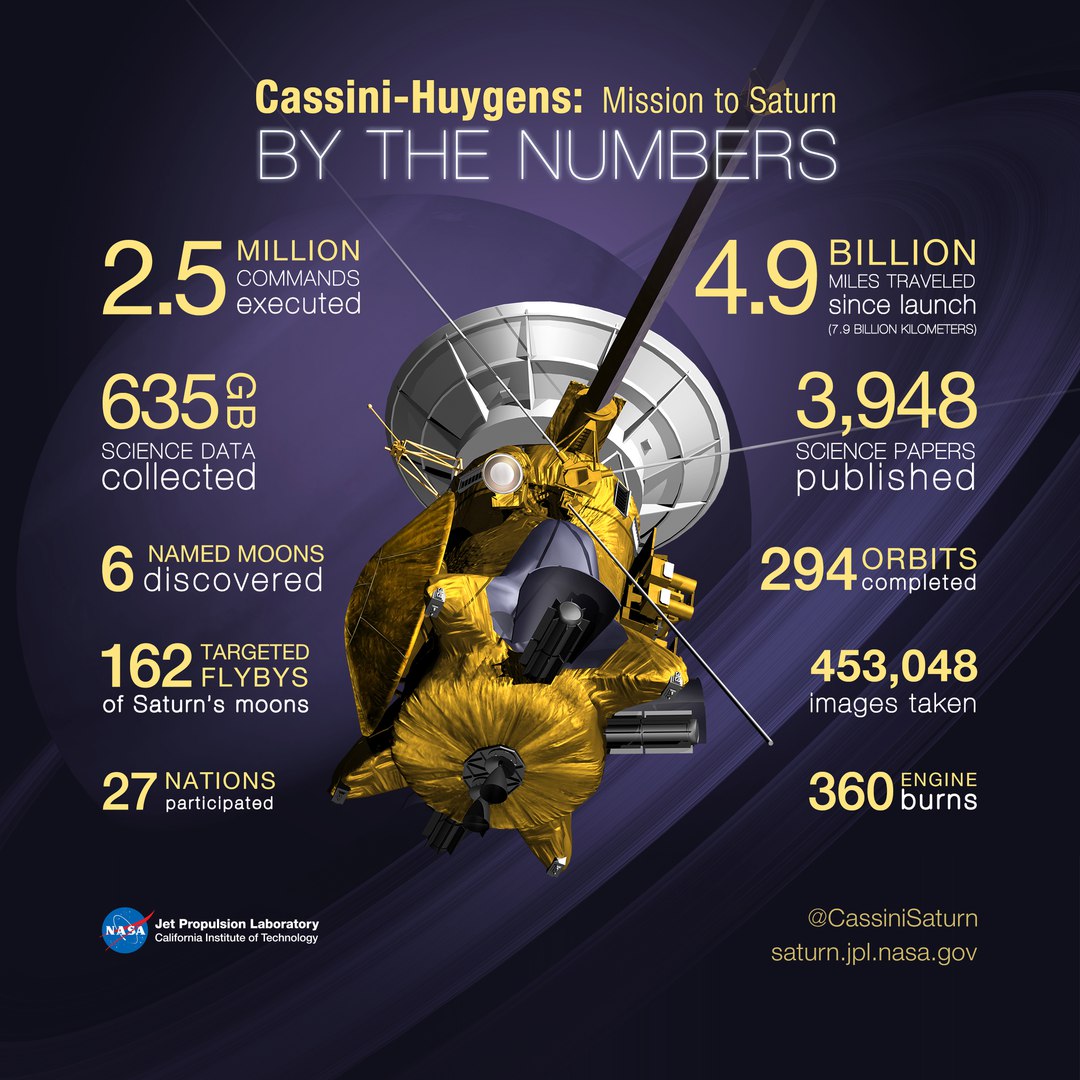 It’s just not possible to leave a probe in the Saturn system in the Saturn system – it can potentially fall on Enceladus or Titan (satellites that are considered to be potentially suitable for life) and contaminate them with possible traces of terrestrial biomaterials (eg bacteria), which may prevent further study. Saturn is not regarded as a planet fit for life, which is why it was chosen as the final point of the probe route.

What will happen in the next 24 hours? Epilogue’s schedule is as follows:

Since yesterday, the probe is carrying out the final photography of Saturn, the details of its rings, Enceladus and Titan. Approximately the last shot of “Cassini” will be made at 22-58 in Moscow (19-58 UTC). After that, starting from 23-22 in Moscow (20-22 UTC), the probe will begin a communication session with the Earth, transferring the accumulated data and pictures. From this moment the communication channel will be maintained all the time, up to the entry into the dense layers of the atmosphere.

September 15 (in brackets, time is GMT, outside Moscow) Confirmation of actions comes to Earth in 83 minutes):

10-14 (07-14) – A 5-minute turn to Saturn, targeting the INMS tool to the atmosphere it will explore. From now on, the data is sent in real time at a speed of 27 kilobits per second. Initially, the reception of the signal will be dealt with by the Goldstone Long-Distance Space Communication Complex, then the Long-Distance Space Communication Complex in Canberra.

13-30 (10-30) – the beginning of the entrance to the atmosphere of Saturn. 1920 kilometers to the cloud layers. The engines will start operating at 10% of their capabilities (this is necessary to maintain the antenna orientation of the device to Earth) and will continuously increase traction. During the dive, there are 8 scientific instruments sending data directly to Earth.

13-31 (10-31) – yes. In just a minute (the probe will have time to go deeper into 400 kilometers into the atmosphere), the engines will work already at 100% capacity and still can not keep the device in the right orientation. The last signal from “Cassini” is sent to the Earth. The destruction of the apparatus begins and in 30 seconds it will become a part of the planet, which has been studied for 13 long years.