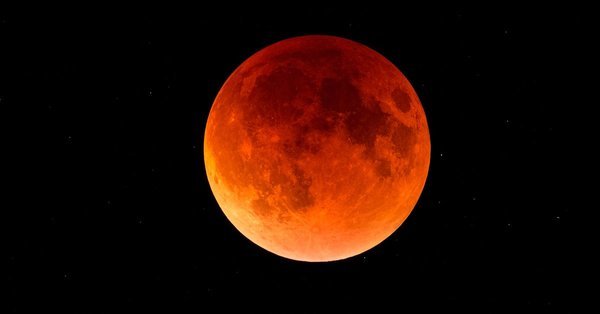 January 31, there will be a unique phenomenon – a simultaneous combination of such factors as “Blue Moon”, “Superloon” and a full “Lunar eclipse”, and also “Blood Moon”.

The term is ambiguous, which has several different interpretations. According to modern, under this concept the second full moon, which occurs in one calendar month, is perceived. The effect of blue is negligible and manifests itself due to the short wavelengths that correspond to the blue color.

This astronomical phenomenon, which is characterized by the coincidence of two factors: the full moon or the new moon and the perigee of the Moon and the Earth. Perigee is the period of the closest approach of the Earth to the heavenly body.

Occurs at a time when the Earth completely blocks the sunlight and casts a shadow on the entire plane of the moon. When the moon is completely closed, it is a total lunar eclipse. When partial – this is a partial eclipse. Also there is the notion of a private semi-shadow eclipse, when the Moon is only in the penumbra of the Earth.

When and where to watch?

The last time the triple phenomenon was observed back in 1982, and the next one will not occur until 2037. That is why it is recommended, if possible, to postpone all of its affairs and observe the moon on January 31.

A total eclipse will occur between 14:48 and 18:11 Moscow time. Observe this phenomenon can be throughout the territory of Russia except the western and south-western territories. There, the moon will appear only in the evening at the end of the eclipse. Also an eclipse can be seen in Eastern Europe, Asia, North America, eastern Africa and Australia.

Contrary to the presence of the phenomenon of the “Blue Moon”, it will not be painted in this shade. Since the Earth completely eclipses the Moon, its surface will have a reddish-brown color. Thanks to the approach of our satellite to the Earth, its size during the observation will increase by 8 percent. In fact, in the sky you can watch a large red Superlun. The duration of the total shadow eclipse will be 3 hours and 24 minutes. The full phase will last 1 hour and 16 minutes.