Tomorrow will be annular solar Eclipse 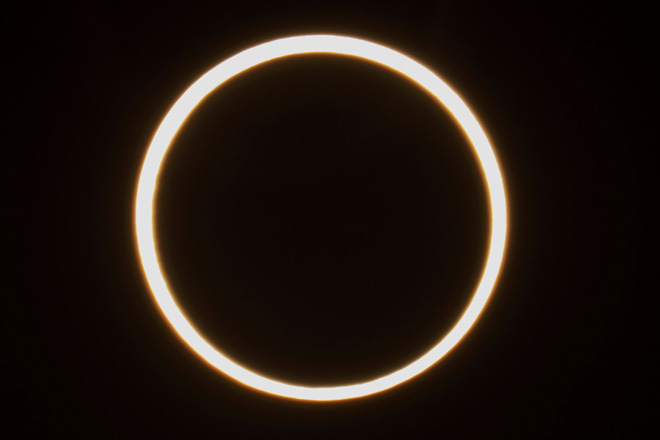 Annular solar Eclipse will see Sunday, February 26, in the South of South America and southern Africa. The Russians, alas, will fail to observe the phenomenon.

The approaching Eclipse will be very entertaining. Almost 99 % of the solar disk will be closed by the Moon, leaving visible only a narrow fringe. The ring will be as thin as possible for this type of eclipses.

The next solar Eclipse is expected on August 21, 2017. It will see the inhabitants of the East of Russia as well as Canada, Mexico, Central America, Western Europe and Africa.

And 2018 will be extremely rich in solar Eclipse. The moon will partially block the Sun 15 February, 13 July and 11 August. Total solar Eclipse earthlings will see in July 2019.

Lovers of astronomical phenomena in Russia and the CIS countries will be able to enjoy a private lunar Eclipse of 7 Aug. Earth’s shadow will cover the moon disc in the quarter.