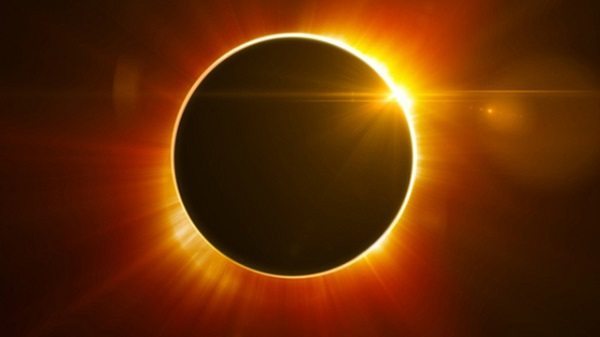 A total solar eclipse on August 21, 2017 will be visible only in the United States, which is why the name “Great American Eclipse” has occurred.

Particular phases of the eclipse can be observed in North America, Western Europe, South America and Asia (the northern part of Kamchatka and Chukotka, with a maximum phase of just over 30%).

Some media outlets do not correctly reflect the picture of this eclipse, assuring readers that it will be “the longest solar eclipse”. In fact, the duration of this eclipse will be the most usual: the total phase of the eclipse within the relatively narrow lunar shadow-
About 70 miles (112 km) will be from 2 minutes to 2 minutes 40 seconds.

Particular phases of the eclipse take approximately 1 hour 15 minutes – 1 hour 30 minutes before and after the full phase of the eclipse, therefore the duration of the entire eclipse (together with the partial phases) will be about 3 hours.

Therefore, it is not necessary to speak about any 1.5 or 3 hours of “darkness” with a solar eclipse.

Relatively dark (with the ability to observe planets and bright stars) will be only about 2-3 minutes and only in the band of the moon shadow.

(By the way, the longest total solar eclipse of the 21st century was 8 years ago,

The full solar eclipse on August 21, 2017 will pass through the territory of 14 states from the west to the east of the USA, through Oregon, Idaho, Wyoming, Nebraska, Kansas, Missouri, Illinois, Kentucky, Tennessee, Georgia, North Carolina and South Carolina.

The last time a total solar eclipse passed through the entire territory of the USA (from the West to the East) 99 years ago – on June 8, 1918.

The uniqueness of this eclipse will be that it will be the most photographed eclipse in the entire history of observations.

A trip to the eclipse strip does not guarantee its full picture. Bad weather or “ill-fated” cloud for 3 minutes can spoil the beauty of watching the sun’s crown.

And the eclipse on August 21, 2017 portends to be both spectacular, and one of the scandalous.

So for example, some “eclipse hunters” who managed to book hotel rooms in advance (in one year), accidentally learned that their original reservation ($ 80-100 USD per day) was canceled and it was suggested that the room be re-booked at a 10-fold price increase (About $ 1000 USD per day). However, after numerous complaints, these cases will be dealt with by the US Department of Justice.

It also reports hundreds of refusals and cancellations of Hertz car hire in Oregon, due to their shortage for the solar eclipse period.

In recent weeks, Amazon has been refunding payments for fake glasses and solar filters to monitor the solar eclipse that flooded the market.

But there are also funny cases. It turns out there are tourists who go not to look at the phenomenon of a solar eclipse, but to conceive a “star child” during the full phase.

Despite the hype, the lack of rooms in hotels and camping sites, the expected huge traffic jams – watching a total solar eclipse in good weather – is an uninterrupted space spectacle and once in a lifetime for many to see.

The main settlements where you can observe a total eclipse:

P.S. I do not want to upset the inhabitants of large US cities in the above list with a private solar eclipse (New York, Seattle, Atlanta, Miami and beyond), but the reality is that for an observer on earth there will be little significant effect of perceiving a partial eclipse in phases, be it 10% Or 97% of the maximum “coverage” of the sun by the moon. Therefore, to say that Some cities for a few hours plunged into darkness does not reflect reality at all.

Many residents of these cities do not even notice a particular change in the sun’s lighting.

Therefore, it is not recommended to look directly at the Sun during all the partial phases of a solar eclipse, as this can affect the vision of a person. It is necessary to use special glasses for eclipse in all the above cities with phases of a partial solar eclipse (New York, San Francisco, Chicago, Los Angeles, Seattle, Atlanta, Miami and beyond).

And if you are in a full solar eclipse, then during its 100% phase and only 2 to 2.5 minutes (the cities of Madras, Idaho Falls, Casper, Grand Island, Jefferson City, Carbondale, Nashville, Columbia) You can observe and photograph the solar crown without protecting glasses and filters.

The maximum value of the phase of a partial solar eclipse for some places in Russia: