Traces of ancient life can be found in Martian stones 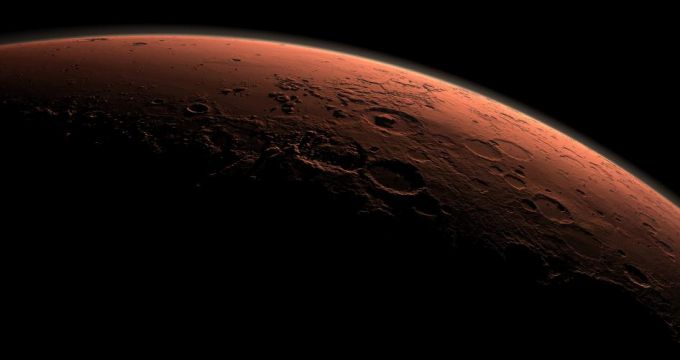 Iron-rich rocks located near what once was an ancient Martian lake, can contain valuable information about the existence of life in these places, say the researchers.

These stones, which formed in the basins of lakes, are the best place to look for fossil evidence of the presence of life on Mars several billion years ago, the researchers say.

The new study, which explains where exactly the fossils can survive, contains valuable indications of the search for tiny microbes on Mars, where, as some scientists believe, primitive life could exist in antiquity.

A team of researchers, led by Dr. Sean McMahon of the School of Physics and Astronomy at the University of Edinburgh in Scotland, determined in his new scientific work that sedimentary rocks formed from compact clays are most likely to contain fossils. These stones are rich in iron and a mineral called silica, which helps preserve fossils. They formed in the Neu and Hesperian era of Martian history, between three and four billion years ago from the present. During this period on the Red Planet there was a lot of water in which life could arise.

These stones are very well preserved, because unlike similar earth stones, Martian rocks almost do not experience plate tectonics, which leads to the destruction of rocks and the fossils inside them, the authors of the article believe.

The work is published in the Journal of Geophysical Research.