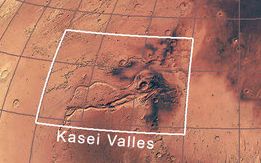 The Valles Marineris canyon occupies a place in the list of the main attractions of the red planet. Their total length is 4,500 kilometers (a quarter of the circumference of the planet), and reaches a depth of 11 kilometers. But on Mars there are other system of canyons, which look very impressive. One of them is called Kasei Valles. 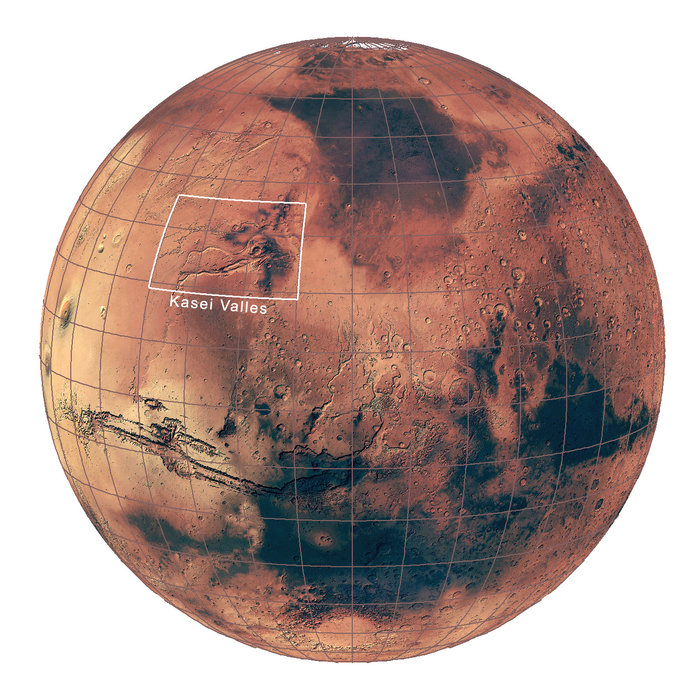 The Kasei Valles canyons have a length of several thousand kilometers and in some places reaches a width of 500 kilometers. Their estimated age is about 3.5 billion years. Canyons formed under the influence of huge flows of water released due to a combination of volcanic/tectonic activity and possible asteroid bombardment.

The above photo of the Mars Express captured the area at the mouth of Kasei Valles. The diameter of the largest impact crater in the photo is 25 kilometers away. A large part ejected during its formation substances were washed away by flood waters. But the site downstream survived, becoming a kind of island. 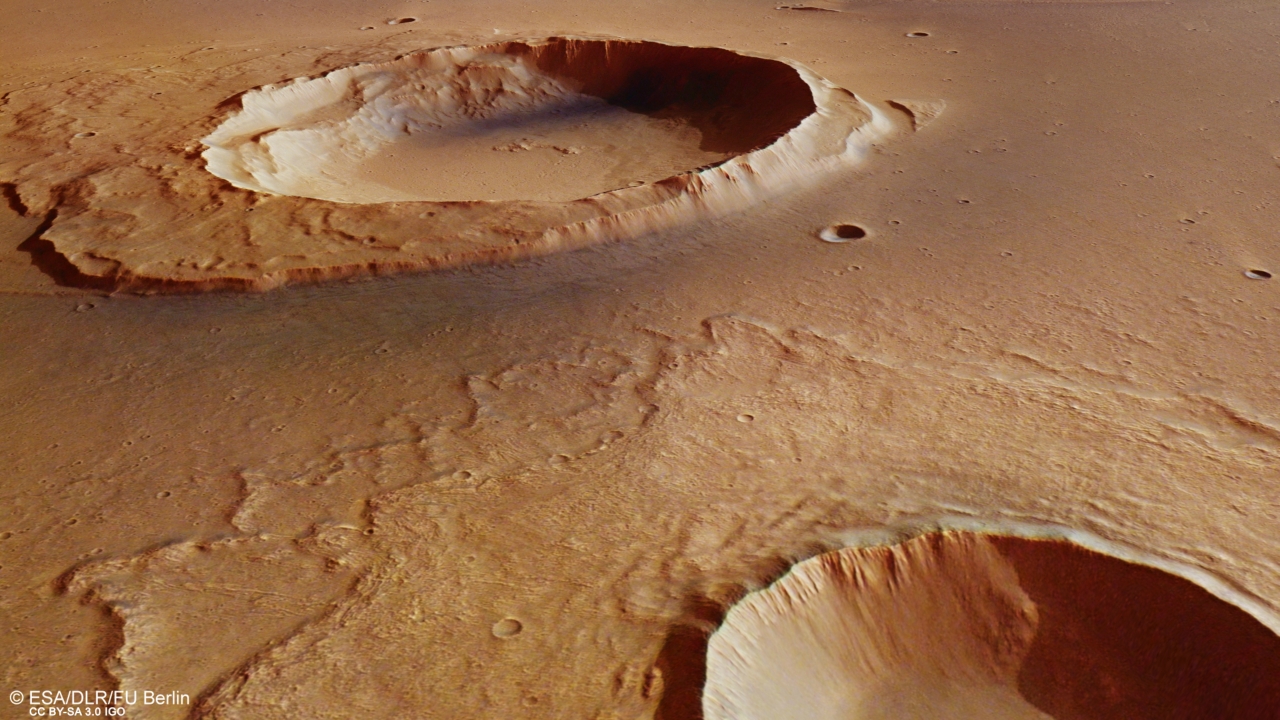 But jetting around the neighboring smaller crater remained intact. This suggests that it was formed after the era of the floods. In addition, based on the characteristics of its topography, the researchers believe that at the moment of impact beneath the surface was a layer of water ice. 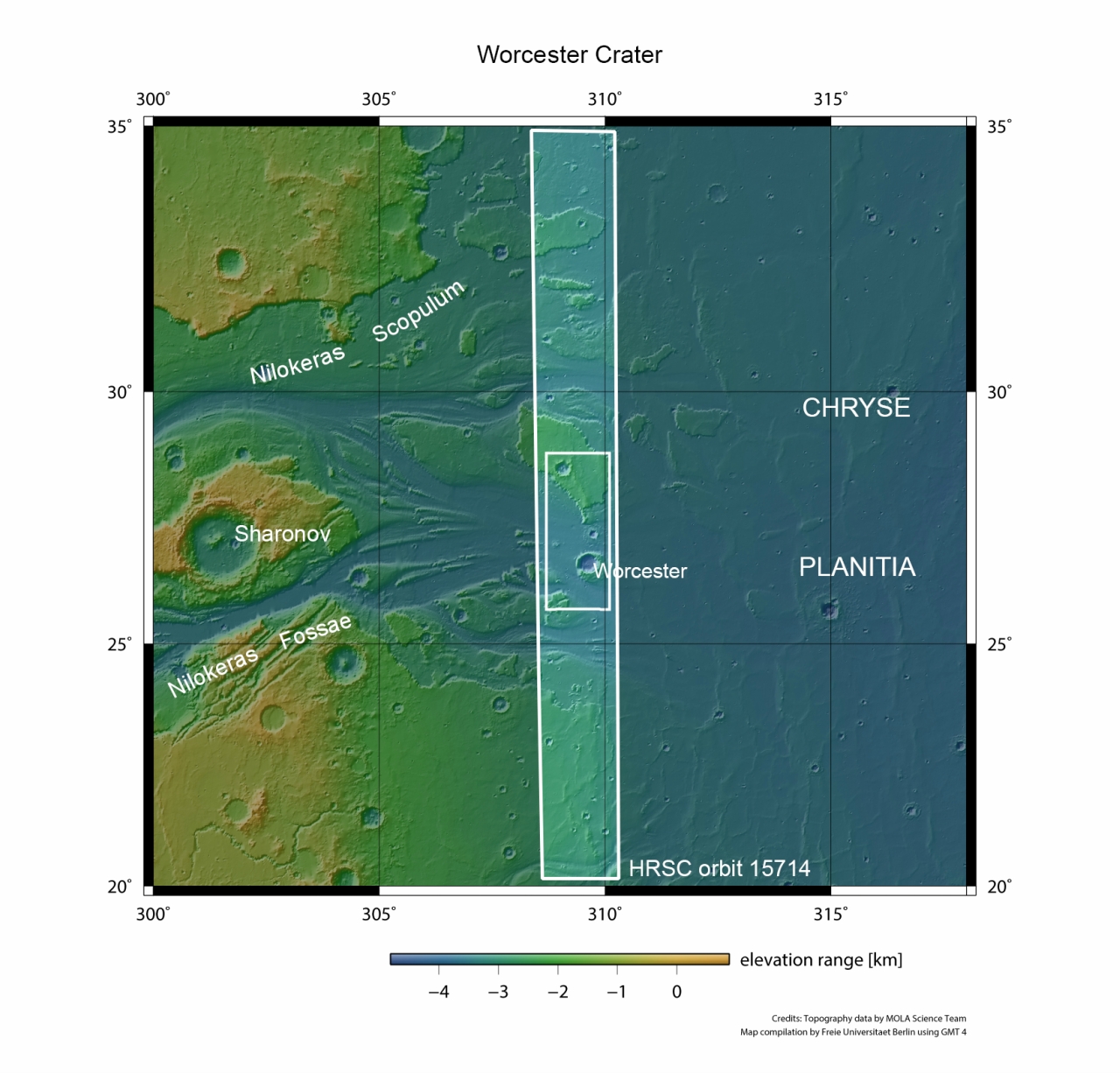 The small craters were formed much later — when the era of the flood ended and Mars finally turned into a desert world.