Traces of streams of water found on asteroid Bennu 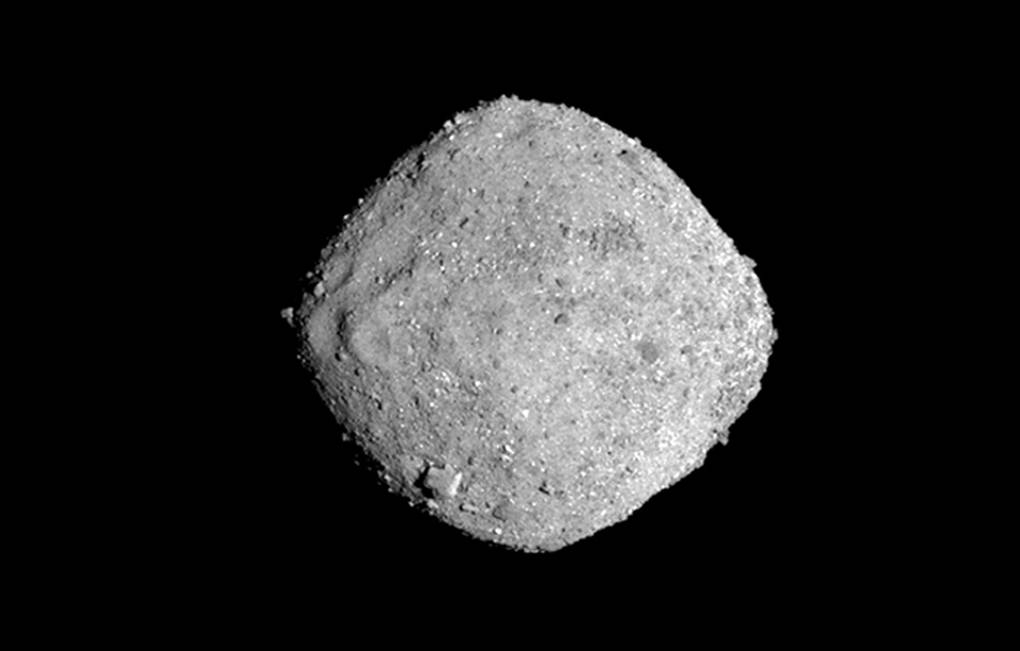 The American interplanetary station OSIRIS-REx has compiled a complete map of the surface of the asteroid Bennu and discovered in the Nightingale crater, where this spacecraft will land in late October, deposits of minerals resulting from the flow of water flows. The results of observations from the probe were published in a series of articles in the journals Science (1, 2, 3 and Science Advances (1, 2, 3).

“Analyzing photographs of the OSIRIS-REx landing zone, we noticed in Nightingale Crater a whole network of thin veins filled with bright minerals. We assume that these are carbonate deposits similar to those found in chondrites (one of the most common types of meteorites – approx. . TASS), which were exposed to water. If this is true, then this means that for many thousands or even millions of years, streams of liquid water flowed on the surface of the progenitor Bennu, “the researchers write.

Bennu is a small (about 600 m in diameter) near-Earth asteroid, which was discovered in 2013. To study this object in September 2016, NASA launched the OSIRIS-REx interplanetary station to it. The station entered the orbit of the asteroid on December 31, 2018.

The first observations showed that the surface of Bennu is dotted with large cobblestones, and its rocks contain a lot of water. This made the asteroid especially interesting to study in terms of how the solar system formed.

Over the next months and years, the mission’s scientific team spent choosing a landing site for the probe and compiling a detailed geological, mineral and topographic map of the asteroid. This brought many surprises and new discoveries that clarified the history of Bennu’s formation.

New secrets of the “doomsday asteroid”

In particular, scientists have found many differences in the structure and color of many areas of the asteroid and the cobblestones dotting it. This suggests that, according to planetary scientists, the surface of the asteroid changed in a very complex way, constantly renewing itself, while space erosion affected the Bennu rocks in different ways.

Researchers believe that these differences arose in the early moments of Bennu’s existence. They show how the asteroid formed, and then split into several parts, which later, however, merged with each other. This is also supported by gravimetric observations, according to which the voids in the bowels of the asteroid are distributed very unevenly: there are many of them in the equator area and practically none in the circumpolar regions.

Interestingly, measurements of the temperature of individual cobblestones, as well as their cooling rate at night, indicate that Bennu’s surface is covered with two different types of similar structures. Scientists have not yet found the reasons for this phenomenon. In particular, this may indicate radically different conditions of their formation in the first epochs of the existence of the solar system.

OSIRIS-REx’s most important geological discovery is that the probe’s instruments found a variety of carbonates and other sedimentary rocks that only form in the presence of liquid water, as well as a complex organic layer that covers cobblestones and many parts of Bennu’s surface. The landing of the probe in Nightingale Crater, as the researchers note, will give mankind the first opportunity to study their composition.

After picking up the soil (this should happen at the end of October this year), OSIRIS-REx will launch a capsule with it towards the Earth. If all goes well, it will crash into Utah at the end of September 2023. Soil analysis will allow scientists to double-check the findings and find out the most important details of the first days of the existence of the Sun and the planets surrounding it.