Transit of the Hubble telescope on the Sun 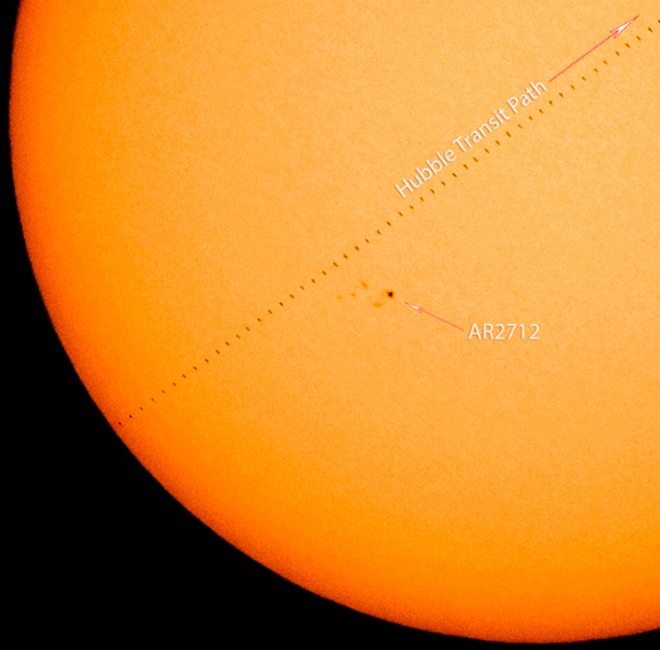 On June 1, for a fraction of a second, the number of sunspots doubled. Michael Marston from Brisbane in Australia, with the help of a video camera, watched as a tiny black speck rushed along the Sun, almost overlapping with a group of sun spots AR2712. An additional “spot” on the star’s face was the Hubble Space Telescope.

The size of the Hubble is small – it does not exceed the size of the bus, besides the telescope was a huge distance away, but it was visible with a Marston video camera operating at 60 frames per second. According to him, considering the brightness of the Sun, it was impossible to see anything with the naked eye – he did not dare look directly at the Sun, so he made calculations and used the clock to catch the transit.

The necessary data were received a week before the start. Soon after the transit, the real sunspots of the AR 2712 began to disappear.