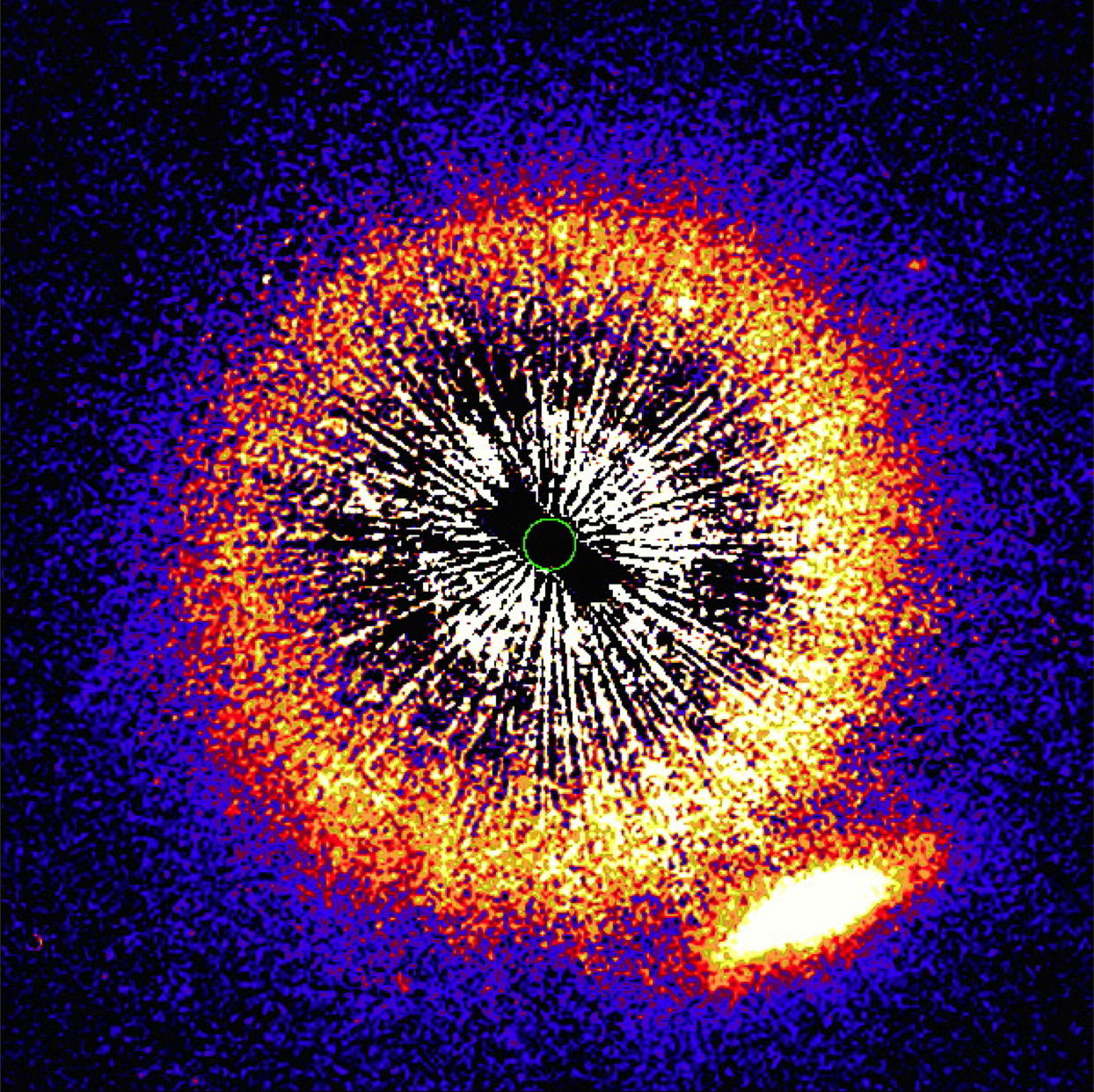 The NASA / ESA Space Telescope “Hubble” is known for its mesmerizing images of space. At first glance this Snapshot of the week differs sharply from those mysterious and beautiful types of space that Hubble used to expect, showing jagged lines, a background in the form of blurry spots and unusual, poorly blended colors – however, if one understands what is depicted on the Image, it certainly causes no less interest than other images of the Hubble Space Telescope.

This image shows a distant galaxy – observed on the photo as a bright spot located in the lower right part of the picture – which for the observer from Earth moves across the sky towards the star, which is actually much closer to us, inside our Milky Way galaxy. This event is known as transit. This star is called HD 107146, and it can be found in the center of the picture. The light of the star was removed from this image to make the neighborhood of the star more visible and the dull galaxy lying in the background. The location of the star in the picture is marked by a green circle.

The concentric orange circle surrounding the star HD 107146 is a circumstellar disk – a disk of fragments revolving around the star. In the case of star HD 107146, we observe a disk “from above”. Since this star closely resembles our Sun, it is a promising scientific goal: its circumstellar disk can bear a close resemblance to the Kuiper belt of the solar system.