TRAPPIST-1 may be suitable for life 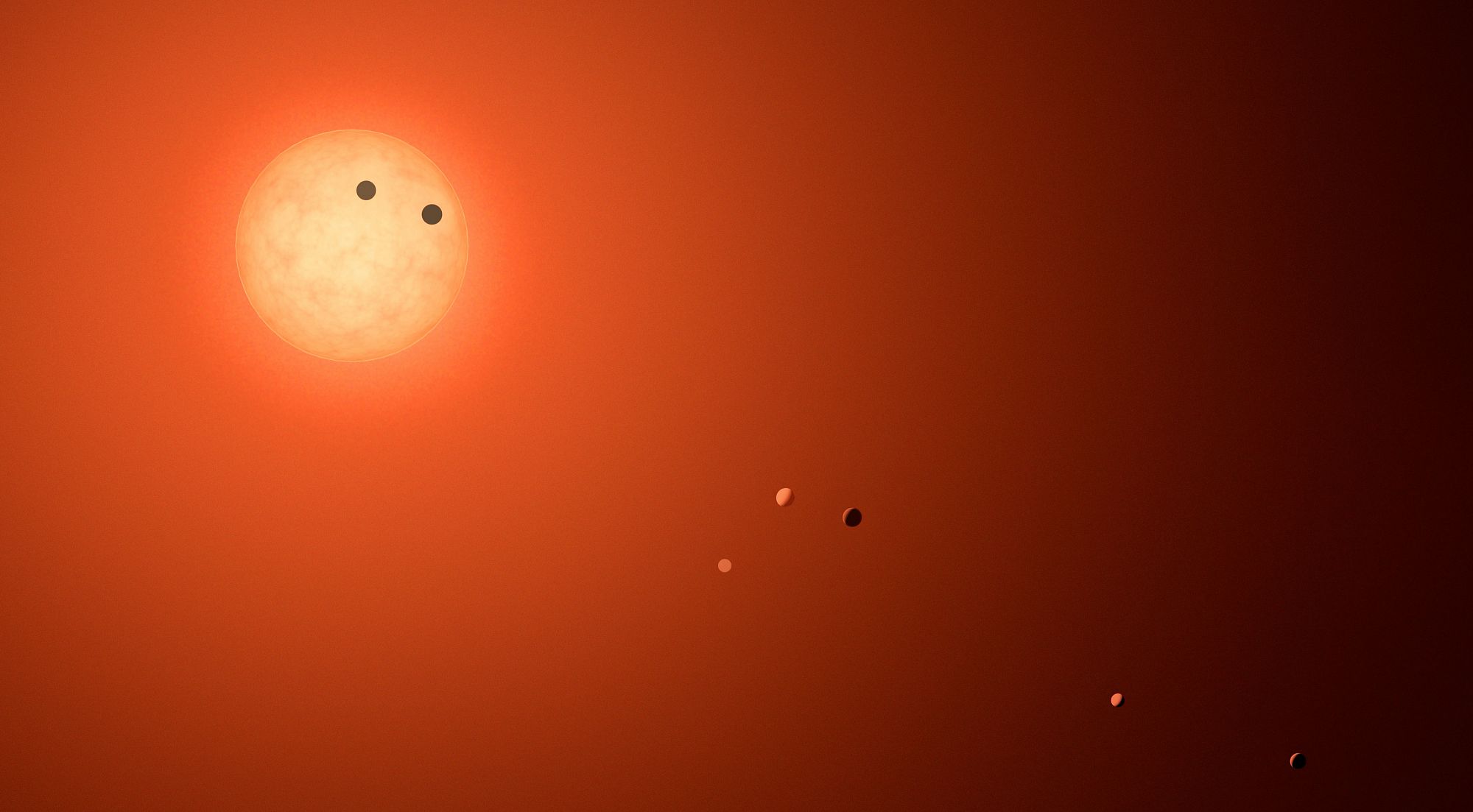 In our galaxy a huge variety of planets, but really suitable for colonization or a potentially life-only those in which the temperature allows water to exist in liquid form. Astronomers have encouraged mankind: a new study has revealed that not three, but four new exoplanet can be habitable.

We all remember the sensational conference of NASA, where he was declared 7 exoplanets within the star system which from Earth’s doorstep — a total of some 39 light years. S of them may be potentially suitable for colonization, as it is located in the so-called “habitable zone” — the distance from the star at which the planet is possible the existence of liquid water. And, as if this fact alone wasn’t enough, the researchers suggest that the fourth planet, TRAPPIST-1, can indeed be inhabited by organic life, especially if we show a little imagination.

The new model created on the basis of Cornell University, suggest that the habitable zone could be wider than previously assumed, if we consider volcanic hydrogen as a potential greenhouse gas, contributing to the increasing climate temperature. Planets on which H2 heats the atmosphere can be suitable for life, the traces of which can be easily detected in the atmosphere.

If the results of a new study are correct, and TRAPPIST-1 can really exist water oceans, this opens up great prospects. Traditionally astronomers habitability of one or another planet from the point of view of the two main molecules with which it is inseparably linked life on Earth: CO2 and H2O. According to this definition, the outer edge of the habitable zone is where the CO2 goes into the solid state, as happened on Mars. Accordingly, the inner region is the area of high temperatures which evaporate the oceans. Something similar probably happened on Venus eons ago.

But even in just our galaxy there are a vast number of star systems, and is always the potential for life is reduced to water and carbon dioxide? Scientists believe that there is. For example, the above-mentioned greenhouse gases could significantly expand the boundaries of habitats. Previously, experts assumed that a planet with dense, rich in H2 atmosphere can retain heat even at a distance of 10 AU from the star is the distance from the Sun to Saturn. But can rocky the world to hold an atmosphere? Hydrogen is incredibly light and tends to evaporate into space at the slightest external stimulus.

Ramses Ramirez, lead author of the new study, published recently in the Astrophysical journal Letters on Gizmodo, along with his colleague Lisa Kaltenegger created climate models for several types of hypothetical planets orbiting a star whose surface temperature varies from 2326 to 9726 degrees Celsius, with the concentration of H2 in the atmosphere of 1-50% (the rest of the atmosphere consists of CO2 and water vapor).

The results are encouraging: the limit of the habitable zone is theoretically expanded by 30-60%, but only under the condition that the new hydrogen is continuously fed into the atmosphere to compensate for that part of it which flies off into space. This can be either hydrogen gas derived from the mantle, or degassing through volcanoes. Mars, according to scientists, lived in this mode for approximately one and a half billion years, while maintaining the atmosphere. Larger planets are likely to be capable of much longer periods of atmospheric stabilization, including because of the higher gravity and magnetic fields.

Astronomers hope to begin the study of the atmospheres of nearby rocky planets in search of signs of life with the launch of the space telescope James Webb in 2018.