Trappist-1 worlds are stony and rich in water 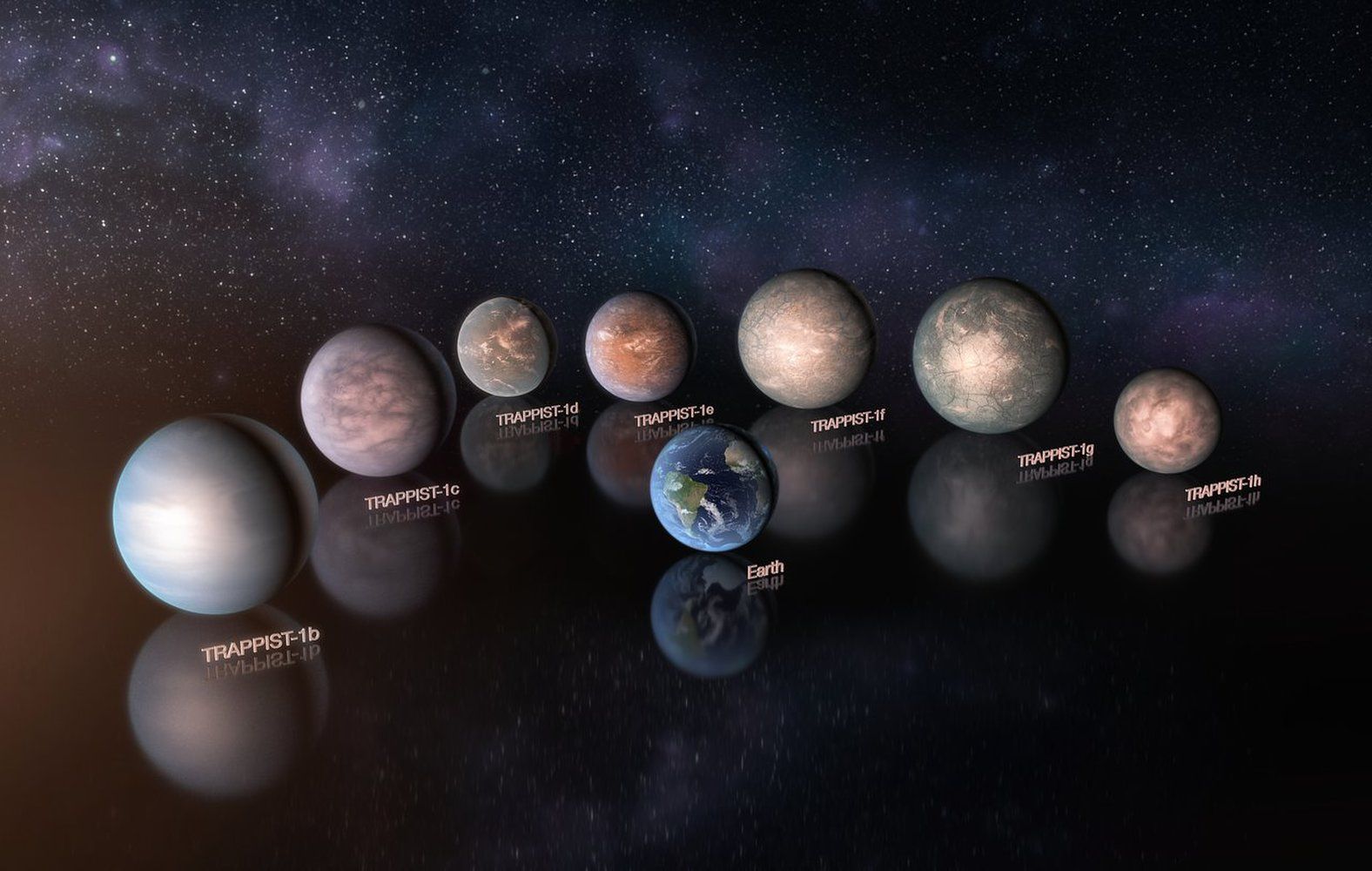 Seven planets that revolve around the ultra-cold dwarf Trappist-1 are mostly stony, and on some of them there may be more water than on Earth.

A new study published in the journal Astronomy & Astrophysics, focused on the study of the density of the worlds of the Trappist-1 system, showed the most accurate results to date. So, it was found that some of the planets are 5% covered by water – this is 250 times greater than the water on the Earth.

“All the Trappist-1 planets are very similar to Earth: they have a solid core surrounded by an atmosphere,” says Simon Grimm, an exoplanetologist at the University of Bern, in a letter to Space.com. – Trappist-1 – the planet most like Earth in terms of mass, radius and energy received from the star. ”

Grimm and his colleagues became interested in the system after its opening in 2016 and decided to study it using the transit time variation (TTV) method. Observing small variations in the periods for which the planet passed before the star from our point of view, this method allows researchers to conduct, perhaps, the most accurate studies of planetary masses and densities.

“Now TTV is the only method of determining the masses, and hence the density of planets like the Trappist-1 system,” Grimm says.

Scientists used the data of the Spitzer space telescope and several instruments of the European Southern Observatory in Chile to conduct detailed observations that would help study the variations of the planetary orbits. 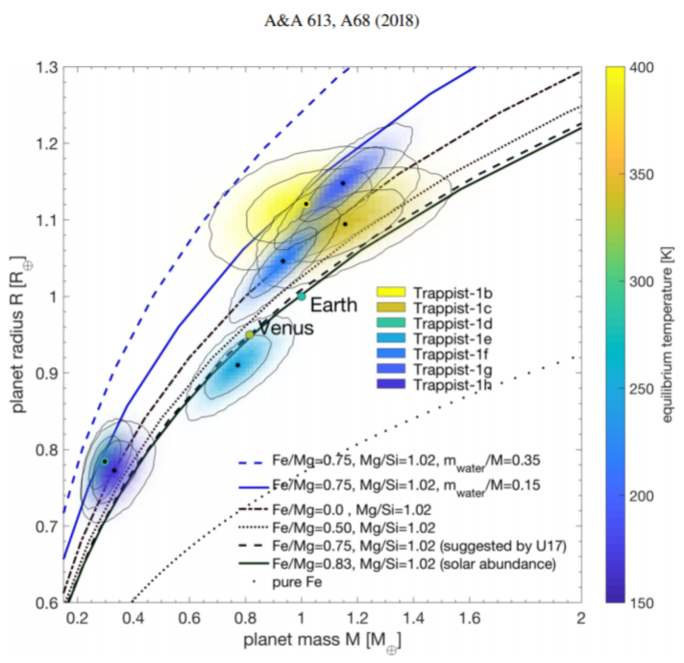 Graph of the masses and radii of the planets of the system Trappist-1, Earth and Venus. The curves trace the idealized compositions of stony and water-rich environments (the surface temperature is fixed at 200 K) / © University of Bern

If the planet turned around its star alone, it would be exposed only to the gravitational effects of the star. But if there are two or more worlds in the system, the planets interact gravitationally, acting on each other with a force corresponding to their masses. These changes depend on the planetary masses, distance and other orbital parameters.

At the same time, “crowded systems” like Trappist-1 complicate the process of determining the effects of individual planets, as each of them affects their neighbors. The planets directly of this system are easier to measure, since they rotate synchronously. Together, the seven exoplanets form a resonant chain connecting all of them and assuming a slow, calm evolution.

“The Trappist-1 system is special, because all of its planets are in resonance,” explains Grimm.

The scientist used the simulation, which he used earlier to calculate planetary orbits, and adapted it to the analysis of TTV. With more than 200 transits, his team simulated the masses and densities of the planets, simulated their orbits until the simulated transits coincided with observations.

The researchers found that the density of the planets varies from 0.6 to 1.0 Earth density. Seven of them are rich in water, and on some, it takes up as much as 5% of the total mass. For comparison: water is only 0.02% of the Earth’s mass.

Trappist-1b and c – the closest to the star – most likely have stony nuclei and are surrounded by dense atmospheres.

Trappist-1d is the lightest of the seven planets, its mass is about 30% of the Earth’s mass. Its low mass may be due to an extended atmosphere, ocean or ice layer.

Trappist-1f, g and h are far enough from their star to ensure that the water on their entire surface is completely frozen. Thin atmospheres are unlikely to be able to contain heavier molecules like terrestrial ones.

In addition, there is Trappist-1e, most similar to the Earth from the whole group. It is somewhat denser than our planet and, most likely, has a denser iron core. It may also lack a dense atmosphere, ocean or ice layer.

The researchers warned that these results do not say anything about the habitation of the planets. However, the work can help scientists better understand the conditions working in overcrowded systems, and determine whether there can be life on the worlds of the Trappist-1 system.