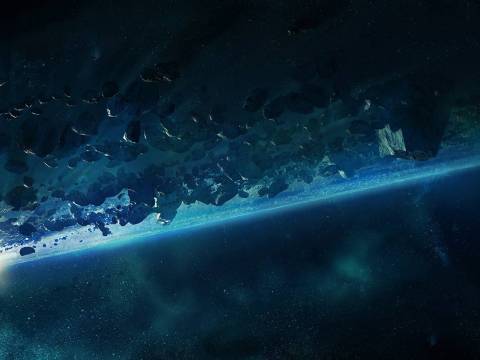 Asteroids for many associated with the Main belt of asteroids located between the orbits of Mars and Jupiter. However these heavenly bodies are found in all areas of the Solar system. There is another large group of asteroids, called Trojan asteroids.

They fell into the trap of special sections of the orbit of Jupiter under the influence of gravity. As suggested by the astronomers, these asteroids have survived the formation of the Solar system, making them an important source of knowledge on the early formation of our system.