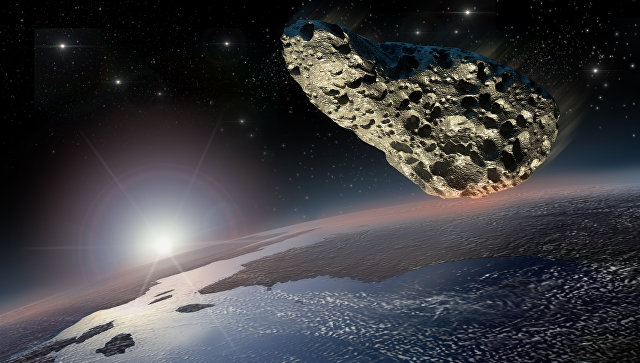 Two small asteroids, recently discovered by astronomers, the skyline survey of the Catalina Sky Survey (CSS), funded by NASA, will pass the Earth at a distance of less than one Earth-Moon distance (384,000 kilometers) this week.

The first of these asteroids – open by CSS employees on February 4 – received the designation 2018 CC. His closest rapprochement with our planet took place on Tuesday, February 6, at 20:10 GMT, when the cosmic stone was located about 184,000 kilometers from the Earth. According to estimates, the size of this asteroid is from 15 to 30 meters.

Undoubtedly, the asteroid 2018 CB, which also will pass close to the Earth, on Friday, February 9, at approximately 22:30 GMT at a distance of about 64,000 kilometers (which is roughly equivalent to one-fifth the distance from the Earth to the Moon) undoubtedly attracts more interest. This asteroid, estimated to be between 15 and 40 meters in size, was also discovered by astronomers on the CSS sky review on February 4.

“Although the asteroid 2018 CB is quite small, it could be larger than the asteroid that entered the atmosphere over Chelyabinsk almost five years ago in 2013,” said Paul Chodas, head of the NASA Center for Near-Earth Objects Research. “Asteroids of this size do not often come so close to our planet – perhaps only once or twice a year.”