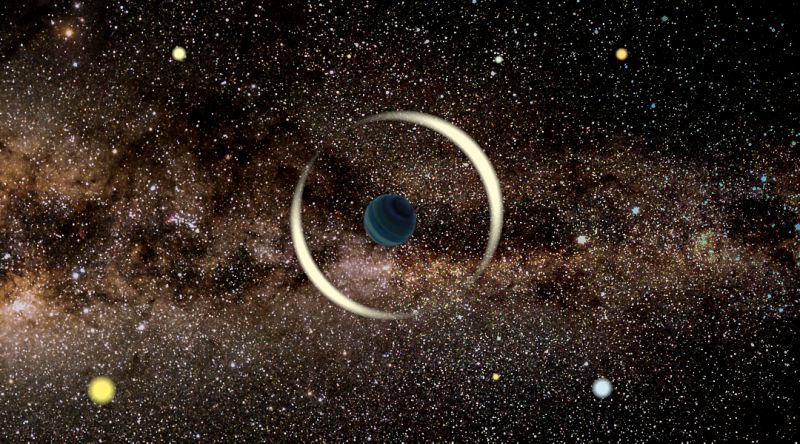 Polish astronomers have discovered two new exoplanets in the Milky Way. In general, this is great news, but these planets are very different from others: they do not rotate around a star. Instead, two bodies drift aimlessly in a cold and dead cosmic void.

Wandering planets are harder to register than those that revolve around stars. Most often, the planet is opened when it passes through the star’s disk from the point of view of the observer – this is called the transit method. In this case, there is no such possibility.

To detect two new wanderers, astronomers from the University of Warsaw used the technique of gravitational microlensing. Their study, published in the arXiv.org database of preprints, describes how with the help of this technique they were able to find points at which light from distant stars was deformed and distorted by the gravitational field of the planet that fell on the path of this light.

Since scientists have only indirect data about these two planets, they cannot say for sure how large they are. Depending on how far they are from Earth, one of the planets can have from two to 20 masses of Jupiter, and the other can be from 2.3 to 23 times larger than the Earth.

Astronomers who have discovered these two planets do not want to exclude the possibility that they can be inhabited. However, without a star nearby, which would give them heat and light, this is unlikely.

The researchers suggested that there could be more such planets than stars in the galaxy, and in the near future, as technology and observation techniques improve, we will find more and more such objects.