Two meteorites hit the surface of the moon within a day 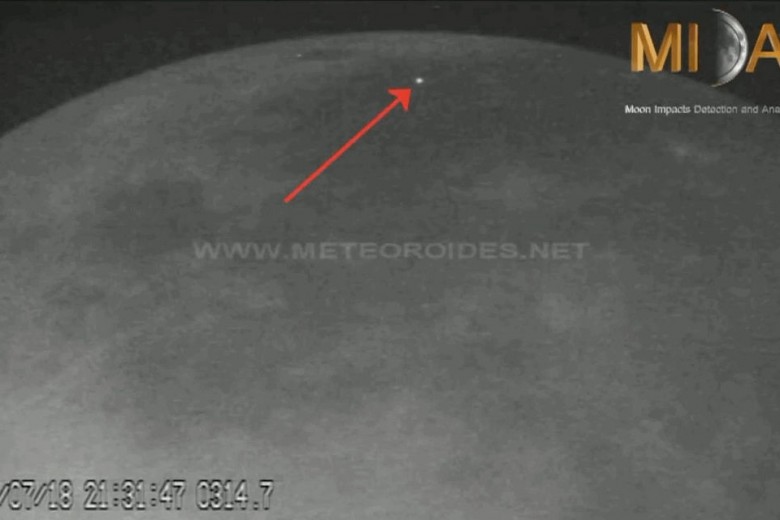 In space, a lot of garbage flies: pieces of stone and metal, detritus from comets and asteroids that revolve around the Sun. This material can be in orbits that cross the Moon’s orbit.

Every day, about 100 tons of space debris gets to Earth. It may seem that this is a lot, but the Earth is large, and garbage (mostly) is small. When an object the size of a grain of sand burns in our atmosphere, it becomes very hot and bright, and we see a meteor (a solid part of it is called a meteoroid, and if it hits the ground, it’s a meteorite), informs ftimes.ru. Thousands, millions of them are burned every day in our skies.

But the Moon does not have an atmosphere, so even the smallest cosmic particle hits its surface. The impact can be at a speed of more than 30 kilometers per second, and this means that a lot of energy is involved. For example, to accelerate a bullet from a gun to a speed of 1 kilometer per second, a lot of energy is required, but the amount of energy required increases with the square of the speed – this means that 1000 times more energy will be needed to get the meteorite velocity.

When a meteoroid hits the Moon, all this energy is released immediately, causing a flash of light and heat, which can be bright enough to see it from the Earth.

This is the system of detection and analysis of the impact on the Moon (MIDAS). These are three small telescopes in Spain, ranging in size from 24 to 40 cm. They control the Moon with sensitive detectors, looking for control flashes of shock light.

On July 17 and July 18, 2018, they noticed two flashes (almost exactly one day later) from the impacts of two small meteoroids

The first collision occurred near the Grimaldi crater, and the second near the Sea of ​​Humidity.

The press release identifies the meteoroids that are likely to be part of the weak unicorn meteor stream of the Unicorn, the debris stream emitted by the comet 196P / NEAT. Star rain begins around July 15 and lasts about a month.

Based on this assumption, this gives us the speed of impact. Given how bright the outbreaks are, this means that the meteoroids were probably quite small, maybe a few centimeters across. It’s amazing that a small object can produce so much energy, but the speed is important here.

In fact, flashes on the moon are observed quite often. Projects like MIDAS help us to better understand the surrounding space.