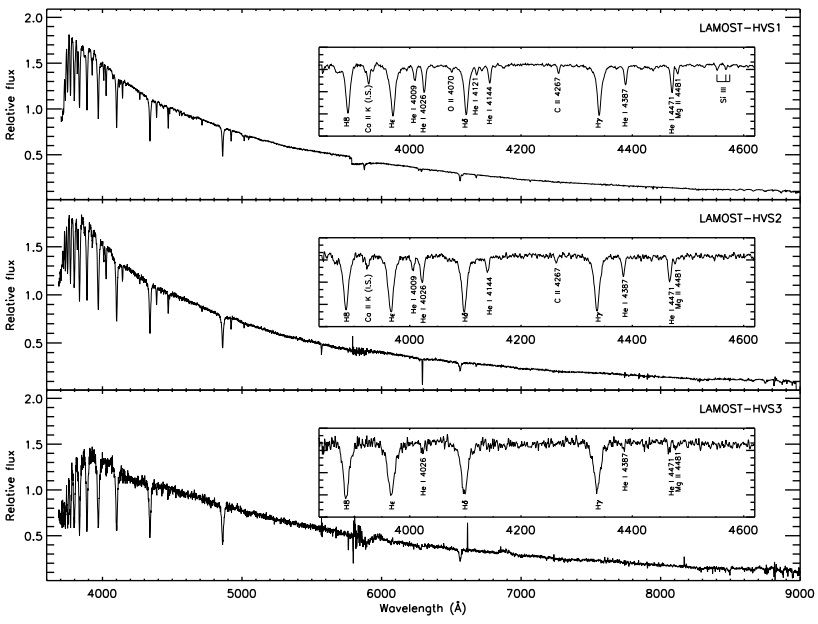 A group of Chinese astronomers, led by Jan Huang from Yunnan University, China, opened two new unrelated hyper-speed stars located more than 70,000 light-years away from us. This discovery can help scientists better understand the nature of the stars of this rare class.

Hyper-speed stars are stars having speeds so high that they even exceed the second cosmic velocity, that is, the speed of escape from our Galaxy. Astronomers believe that these stars are born near the center of the Milky Way as a result of dynamic interactions between binary stars and a central supermassive black hole. While ordinary stars have a speed of about 100 kilometers per second, hyper-speed stars move at speeds of up to 1,000 kilometers per second.

Although scientists estimate that there are about 1000 hyper-velocity stars within the Milky Way, up to now only about 20 stars of this class have been found. Given that these objects can travel long distances through our Galaxy, they can provide valuable information about the distribution of the mass of the Milky Way, its halo shape from dark matter.

According to the study, the LAMOST-HVS2 star belongs to the spectral class B2V, has a mass of about 7.3 solar masses and an effective temperature of 20,600 Kelvin. The speed of this star relative to the Galaxy is 502.33 kilometers per second. The LAMOST-HVS2 star has an effective temperature of 14,000 Kelvin, a mass of the order of 4 solar masses and belongs to the spectral class B7V. The speed of the star relative to the reference system associated with our Galaxy is 408.33 kilometers per second.