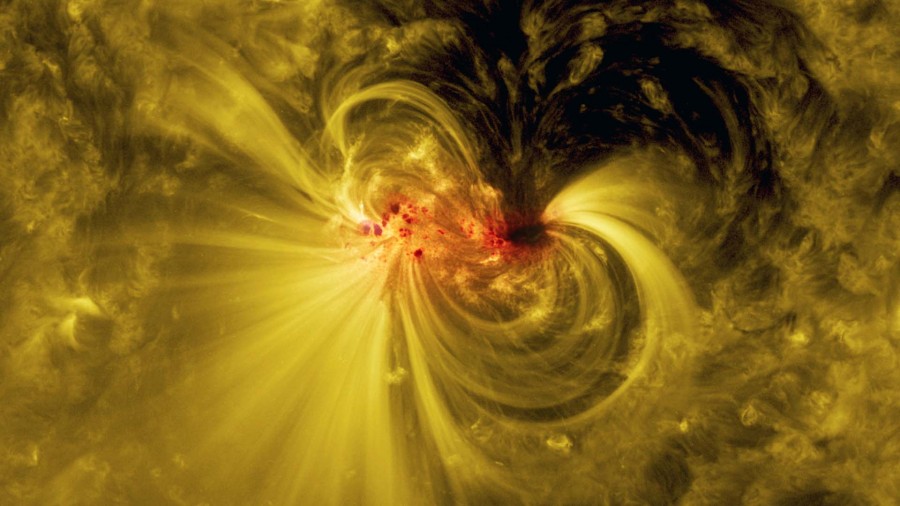 July 5 this year on the visible side of the sun appeared a large group of spots, received the designation AR12665. Observatory of solar dynamics SDO has started to observe the new active region. It lasted until July 17, when the spots came out of sight.

Presented video is mounted from frames, made by SDO from July 5 to 17. It demonstrates the development and dynamics of AR12665 ​​during the two weeks of his journey through the disk of the Sun. When shooting at different wavelengths, the entangled structure of the magnetic field lines emerging from the spots, along which the charged particles move, becomes perfectly visible.

Also, the video demonstrates several flashes of class M (medium intensity), which happened on 9 and 14 July. The latter was accompanied by the release of high-energy protons and matter from the solar corona (the so-called coronal ejection). Two days later, the ejection reached Earth and caused a geomagnetic storm, accompanied by auroras.

Now the Sun is approaching the minimum of its next 11-year cycle. The activity of the luminary is declining. Therefore, groups of spots, like AR12665, are less and less likely to appear on its surface in the coming years.