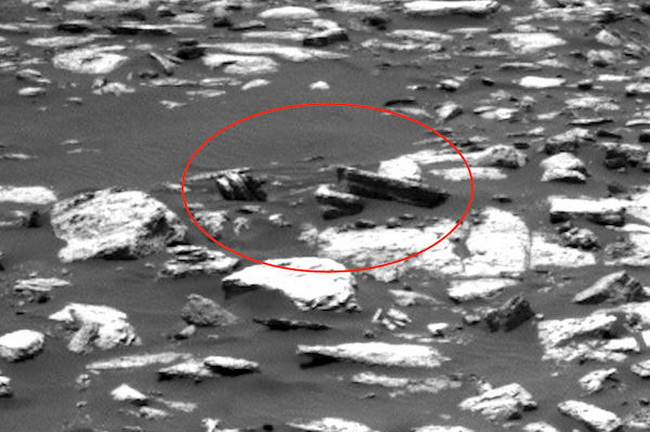 In the next attempts to prove the existence of intelligent life on Mars hunters aliens began to sound the alarm and point a finger at the photo of the Martian surface, which allegedly are artificial artifacts that are part of some alien engine. This amazing discovery was made ufologist Scott C. Warring, when I looked through the images taken by the Curiosity Rover the U.S. space Agency.

In the image (see above), obtained in 1954 Martian Sol, clearly presented objects unnatural shapes, lying on the Martian surface and “clearly alluding to their artificial origin,” as the hunters aliens. The latter believe that these mysterious objects is the parts of the engine of an alien spacecraft, which was thrown out by the aliens after he got off work. 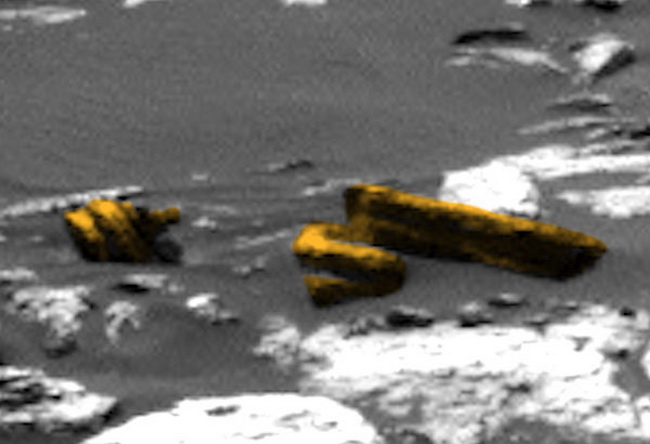 Editor of the Western journal of UFO Sightings Daily, the Warringah writes:

“Found part clearly indicate that was developed for some mechanical work. Round object in the picture is generally very similar to any electric motor. The finding may confirm the fact that the aliens were mechanisms that could simplify their lives. Both of these objects were once able to be part of one common mechanism, probably similar to a large engine that had moving parts like the fan, but with less speed”. 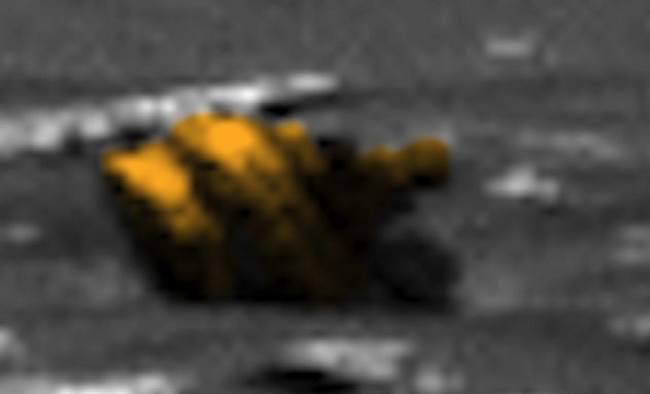 Informed hunters aliens already “discovered” some objects which, in their opinion, prove the existence of life on Mars. Among these objects was: “insects”, which were right next to the Rover “Curiosity”