Ultima Thule – the next stop of humanity 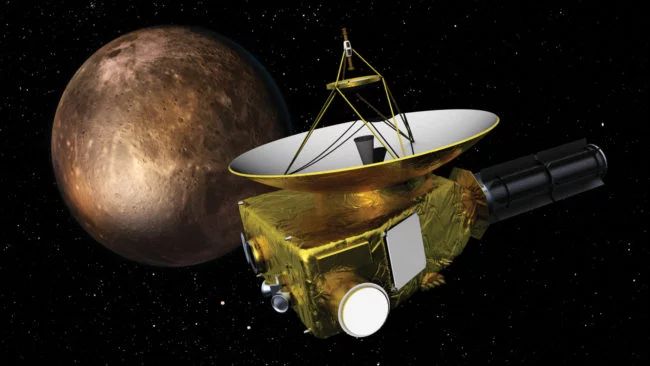 “NASA’s New Horizons spacecraft flies off on a ten-year journey with a visit to the planet Pluto and beyond!”

January 19, 2006, when a powerful 67-meter Atlas V rocket with a tiny interplanetary vehicle hiding in its nearly empty radome flew into the blue sky, these words burst from the loudspeakers, stirring the hearts and minds of people. Many thousands of them gathered at Cape Canaveral and watched more on TV and on the Internet. It was the fastest launch from Earth, as the valuable cargo was sent to the most distant object ever visited by space probes. When the giant Atlas finally got rid of its launch pad, the words “and beyond!” Did not attract much attention against the background of all this love for Pluto.

But now, almost 13 years later, we are about to find out what they really mean.

Outside of pluto
The Kuiper Belt is a vast, distant repository of millions of frozen, primitive objects, the existence of which was assumed long ago, but was confirmed only during the mission to Pluto in 1990. The discovery of the early 1990s showed that Pluto was not just an oddity on the outer edge of the solar system, but part of completely unexplored territories outside the orbit of Neptune. This discovery helped organize the scientific support of the mission, which later turned into an expedition to Pluto and the Kuiper belt.

In our fantastic shows, spaceships of the future centuries are always universal and able to travel to any place where their fearless captains go. In the 21st century, we are still in an era when our spaceships are designed for one-time use and only to achieve certain goals. Because often they only have enough fuel for that. Several times we managed to send our ships to additional missions to visit another comet or asteroid.

Yet one of the many exceptional features of the New Horizons is that it was designed from the very beginning to follow the limits of Pluto and explore other worlds that were not even identified when it was launched. This was necessary because during its take-off no object of the Kuiper Belt was known that could reach the New Horizons after visiting Pluto. Nevertheless, our statistical knowledge of the Kuiper Belt showed that there should be a lot of such objects, and we can detect them while the New Horizons are on the way. As soon as this happens, “New Horizons” will be redirected to new objects.

The search did not go according to plan. Finding a destination after Pluto turned out to be much more difficult than expected. This was largely due to the fact that the area of ​​the sky that should have been investigated was not far from the center of the Milky Way galaxy — against the background of which it was very difficult to make out dim, rare objects. Because in the center of the galaxy there are dense stars. When the New Horizon made its nine-year journey through the solar system, the years of searching for the best ground-based telescopes could not find a suitable object. It got to the point that the success of the continued mission in the Kuiper Belt was called into question.

Only an unscheduled search with the Hubble Space Telescope could save the situation. In June 2014, just a year before the meeting with Pluto, Hubble was put into operation and the New Horizons team managed to find two objects to visit, taking into account the available fuel. Of these, the object MU69, now known as “Ultima Thule” (Ultima Thule, a Greek-Latin expression meaning “outside the known world), was in a more favorable orbit for interception.

And now, after circling Pluto in July 2015 and the discovery of this dwarf planet and its five satellites in all their amazing and colorful glory, the New Horizons are heading towards Ultima Thule, which is still traveling half a billion kilometers further from Earth than Pluto. On the eve of the New Year, Ultima Tule will become the most distant world ever explored by man, since the “New Horizons” will fly several thousand kilometers from its surface.

The closest approach will take place after 33 minutes after midnight, but on Earth this will be known only the next morning. At a distance of six billion kilometers, communications work for a very long time: it will take 12 hours for the light to cover the distance between the Earth and the spacecraft. Performing his last maneuvers, the probe will be left to itself. It can be said that the probe will celebrate New Year’s Eve with a distant dwarf planet with us.

Separately, it should be said that the probe does not represent what it will meet with. Usually we send vehicles, knowing a lot more about our goal than now about Ultima Tula. Now we know only its approximate size (about 33 kilometers across) and the shape of a peach of two lobes. Maybe these are two separate objects circling in the dance. The planet itself is a little redder than Pluto.

Since Ultima Thule is so far away, so small and dark, we have no spectral clues as to its surface composition. And since this is such a small target, and the “New Horizons” is moving so fast, a couple of days before the collision, it can disassemble only a handful of pixels. This meeting will begin and end very quickly even in comparison with other overflights.

The same set of seven precise instruments that Pluto revealed to us three years ago will be used for a quick but detailed study of Ultima Thule and her environment. Are there many craters on it? Is it homogeneous or not? Coarse or smooth? Rocky or arctic? Soon we will get answers and find out not only about the history of this mysterious object, but also about another detail of the origin of the solar system. The Kuiper Belt is a remote building warehouse of the solar system, in which building materials from known planets are stored in a dry, cool place. What relics he keeps, we have yet to learn, and “New Horizons”, no matter how funny it is, will really expand our horizons in this knowledge.

And if you are a little lucky, this experienced space traveler will find another world before going to roam the galaxy forever. Another bold spacecraft, faithfully served humanity and lost in the darkness of space.