Under the ice at the south pole of Mars, an entire network of liquid reservoirs may be hidden 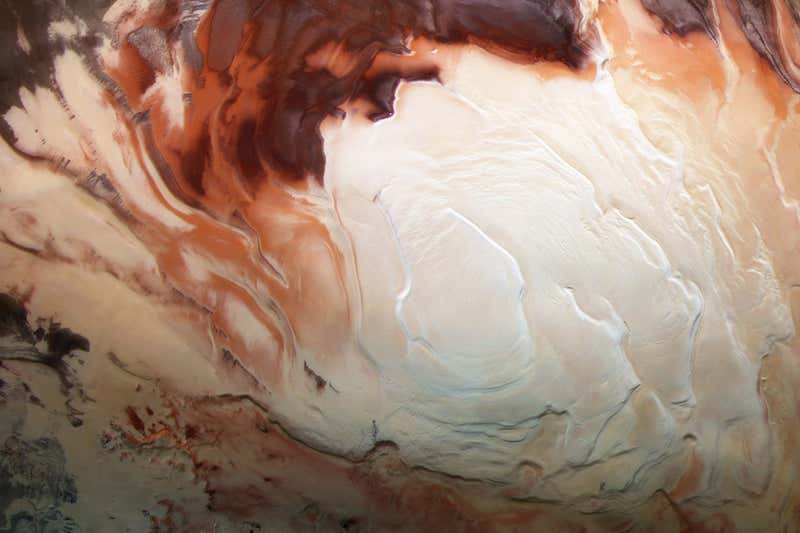 The radar of the Mars Express probe showed that under the 1.5-kilometer layer of ice near the south pole of Mars, there may be not only a lake with liquid water, but also many smaller bodies of water.

Back in 2018, observations of the European satellite Mars Express showed that under the ice near the South Pole of the Red Planet, a vast “lake” of liquid water may be hidden. Now astronomers have analyzed additional data from the Mars Express radar and obtained a more accurate picture, discovering an entire network of sub-ice bodies of water. It seems that the main reservoir of liquid is surrounded by several “ponds” of a smaller one – scientists write about this in an article published in the journal Nature Astronomy. 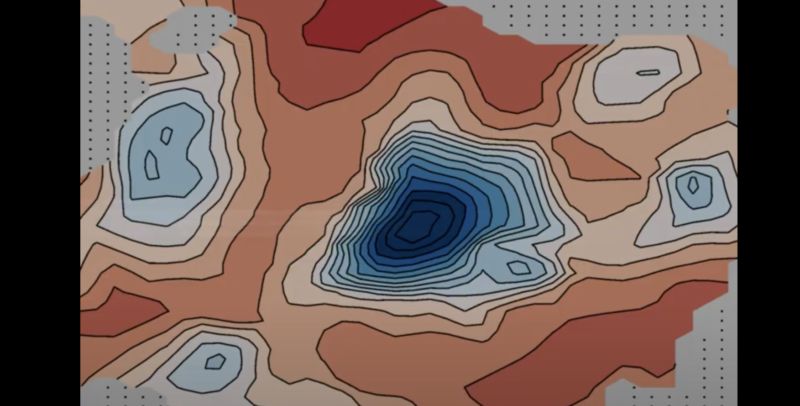 The main “lake” is 20-30 kilometers across, the water in it must be extremely saturated with salts that do not allow it to freeze. Professor of the University of Bologna, Roberto Orosei, co-author of the discoveries of both 2018 and the current one, notes that of all regions of Mars, this one is more like “inhabited”.

Falling on the ice sheet, the radar beam is partially reflected not only from the upper, but also from its lower surface. The characteristics of this signal can tell a lot about the underlying layer. So, according to the results of observations by Mars Express in 2012-2015, signs of a liquid lake were noticed near the south pole of Mars – an extremely flat and brightly reflecting surface at a depth of about 1.5 kilometers.

The new dataset covers the period from 2010 to 2019. He not only confirms these conclusions, but also points to the existence of neighboring reservoirs with liquid, separated from the main one by “land” bridges. According to Roberto Orosei, if we got such data somewhere on Earth, there would be no doubt about the presence of subglacial reservoirs at all. However, you should still be more careful with Mars.

Many scientists really doubt these findings. First of all, they are worried about the ability of water to remain liquid, because in the vicinity of the Martian South Pole, the surface temperature drops below minus 110 ° C and only gradually increases with depth. According to the available theoretical estimates, the lake should be at a temperature of minus 70 ° C, at which even the huge ice pressure is not able to maintain water in the liquid phase. And if it is heated by some additional mechanism – for example, geothermal sources – then where did they come from on a planet half-dead in a geological sense?

However, it is possible that water bodies really cannot remain liquid here and are in the process of complete freezing. It could have formed even before the formation of the caps, or later – during periods when the climate of Mars was more favorable. In this case, both the subglacial lake and the surrounding “lakes” are the remains of an ancient and more extensive reservoir.