Under the ice of Jupiter’s satellite, higher life forms can dwell. 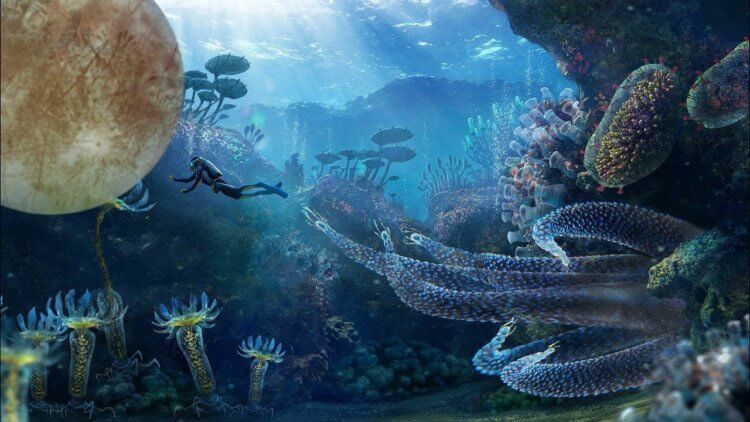 Today, except that the lazy have not heard about the satellite of Jupiter to Europe. This moon is known to be covered with a layer of ice up to 24 km thick and it is likely that there is liquid water under the ice. Researchers believe that, due to the thickness of the ice, underwater inhabitants can be protected from solar radiation and asteroid impacts. Let me remind you that earlier NASA announced the launch of a new mission to the satellite of Jupiter Europe in 2025. The presence of liquid water, the researchers believe, makes the satellite of the gas giant potentially inhabitable. But which creatures can swim under the ice? According to Monica Grady, the rector of the University of Liverpool, most likely there is a developed alien life on the satellite of Jupiter Europe, something reminiscent of octopuses.

According to phys.org, according to Professor Grady, life forms in Europe can be much more complicated than those that we can potentially find on Mars. But why?

Some scientists believe that life “jumped” from world to world within the solar system, thanks to pieces of rocks thrown into space by the impact of comets or asteroids. Indeed, there is a whole theory of panspermia, which Ilya Hel described in detail in his article. But even if this theory is true, what is the likelihood that the alleged pioneers could reach the satellite of Jupiter of Europe or the satellite of Saturn, Enceladus, which also, like Europe, is an ice world?

Life on other planets

Geophysicist at Purdue University, Jay Melosh, resolved this issue and presented the results during his speech at the annual autumn meeting of the American Geophysical Union, Space.com writes. Melosh used computer models to track the fate of 100,000 simulated Martian particles, which were thrown into space by the impact of an asteroid.

He modeled three different ejection speeds: 1, 3, and 5 kilometers per second. As a result, tiny particles took 4.5 billion years to get to Enceladus, and only 0.0000002% to 0.0000004% of the number of particles that hit the Earth reached the moon of Saturn. And the satellite of Jupiter, Europe received from 0.00004% to 0.00007% of the particles from our planet. We know that about 1 ton of Martian stones the size of a fist or more annually fall to Earth. Using this figure, Melosch calculated that Europe receives about 0.4 grams of Martian material per year, and Enceladus – only 2-4 milligrams. 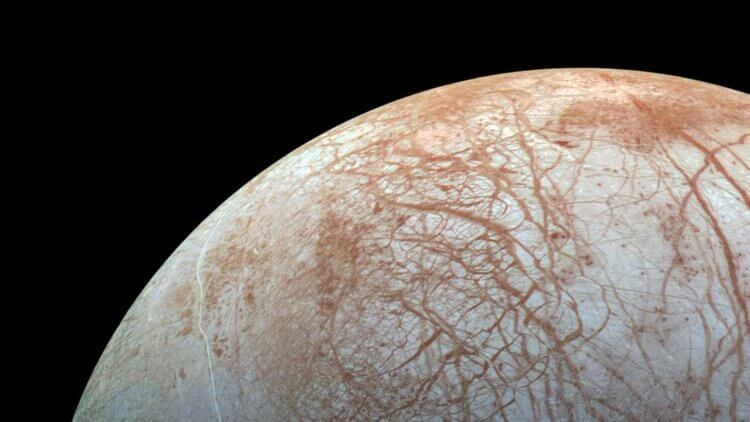 It looks like Europe – the icy moon of Jupiter

These results may seem favorable to the spread of life. In the end, microbes may be sufficient to turn Europe or Enceladus from uninhabited to inhabited. However, there are other factors that are not so optimistic. The fact is that meteorites with terrestrial microbes will need at least 2 billion years to get to Enceladus. Germs, of course, are hardy, but not so. This means that if life is truly discovered on Europe or Enceladus, then it will most likely be of local origin. According to Professor Grady, life on Mars, Europe and Enceladus – provided that it exists – will be very different from each other. So, the inhabitants of Mars are likely to be bacteria, and we will probably find them below the surface of the planet. But in Europe and Enceladus, in her opinion, local forms of life can be much more complicated.

Life on the satellite of Jupiter
Grady believes that in Europe, creatures can live in the oceans under a solid ice shell up to 24 kilometers thick. Scientists have long suspected the existence of these deep subsurface oceans on the moon of Jupiter – and possibly even life. Moreover, in August, NASA announced that it was completing the final development for the Europa Clipper spacecraft, which would look for signs of life in Europe. Read about what the mission to the moon of the gas giant will be in this article. 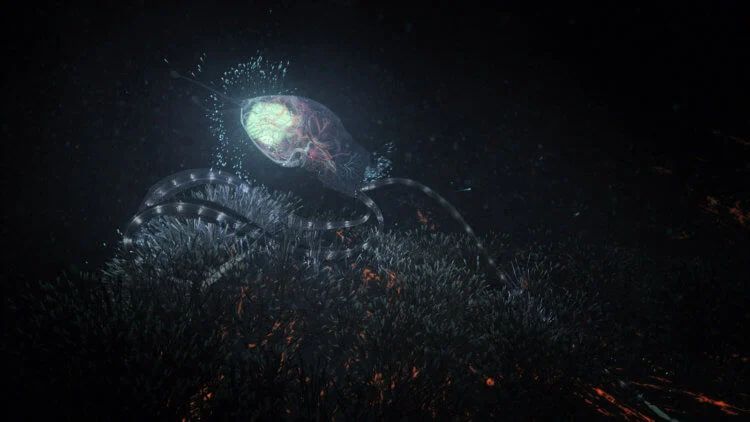 According to Professor Grady, it is likely that life exists in other places of the Milky Way, especially considering that people have yet to explore all the stars in our huge galaxy. In addition, she considers it “highly probable” that the life that we can find, whether in the Milky Way or beyond, will be made up of the same elements as we are.

And yet, the question of whether we can ever establish contact with representatives of extraterrestrial civilizations is still open. it is important to note that at the moment there are no real or credible alien “signals” received from space. The efforts of researchers are currently focused on the study of planets and satellites of the solar system. Which, in fact, is quite logical, since our technologies do not yet allow traveling far from home. But with regard to the existence of other humanoid aliens in the solar system, Grady and other researchers are not too optimistic. And again – no wonder.

When it comes to the prospects of life outside the Earth, it is almost always the belief that there is life under the icy shell of Europe and it is possible that these creatures will look like octopuses.

Professor Monica Grady during a speech at the University of Liverpool.