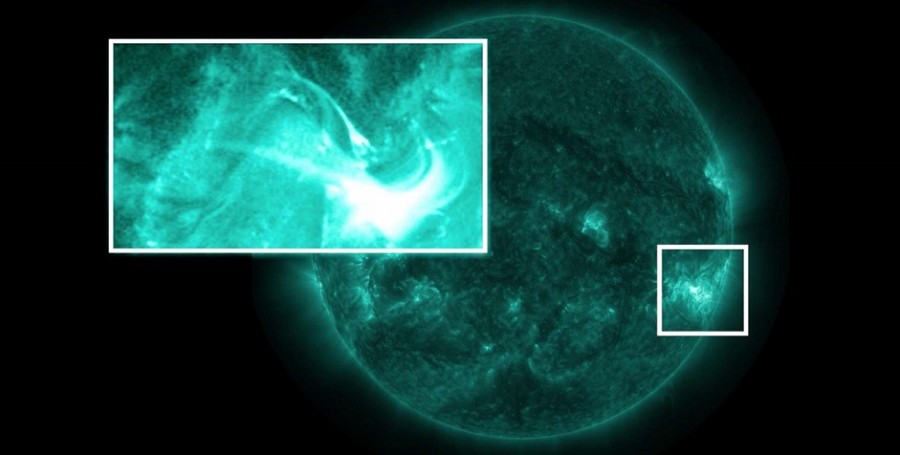 September 30, 2014, several space observatories and ground-based telescopes recorded what looked like the beginning of another solar emission. A filamentary structure (filament), consisting of dense solar material, rose from the surface of the star. However, instead of throwing matter into the surrounding space, the filament collapsed, disintegrating into parts. This was the first time that astronomers were able to see firsthand how this process is going on.

To understand the mechanism of the eruption, the team of scientists studied the data collected by the space observatories SDO, Hinode and IRIS, a network of ground-based telescopes, as well as the VAULT2.0 geophysical rocket launched that day. The analysis showed that the reason lies in the interaction of the lines of the magnetic fields of the Sun.

Based on these data, scientists created a model of the magnetic topology of our luminary and with its help identified places with the maximum probability of occurrence of solar flares and coronal mass ejections. These are regions where the magnetic field is particularly compressed, and its lines are distorted.

At the same time, there are areas on the Sun where the magnetic field plays the role of a kind of barrier, not giving energy to go outside. The region of the failed eruption belonged to this category. According to scientists, the magnetic field there had a very complex shape, reminiscent of a pair of connected Eskimo needle. It restrained the ejection, destroying the filament, and dissipating energy and heat through the solar atmosphere.