Unknown features of the propagation of cosmic rays are found 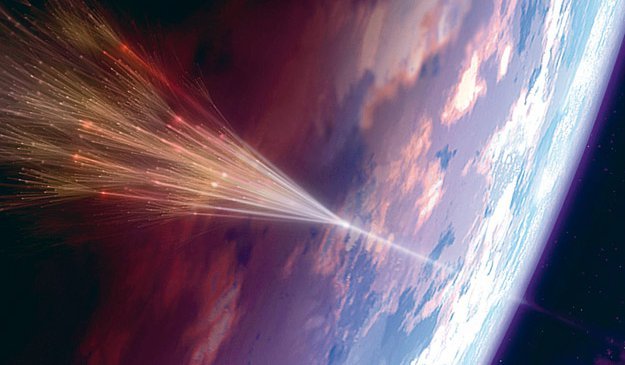 Russian scientists using the experiment NUKLON discovered phenomena that do not fit modern ideas about the motion of cosmic particles, told a leading scientific employee of the Scientific Research Institute of Nuclear Physics of the Moscow State University Alexander Panov.

The complex of scientific equipment NUKLON – observatory of cosmic rays of high and ultrahigh energy, is placed on the Earth remote sensing satellite Resurs-P No. 2, which was launched from the Baikonur cosmodrome on December 26, 2014.

“The results of the experiment are important for the astrophysics of cosmic rays, since some of the observed phenomena do not fit into modern concepts of the mechanisms of acceleration and propagation of cosmic particles, hence, they can lead to a refinement of these concepts,” the press service of the Moscow State University quotes Panova as saying.

According to Panov, the NUKLON developed for the experiment and the technical solutions and experience gained in its course will be used in planning future space missions.

The cosmic rays, discovered in 1912 by the Austrian physicist Victor Hess, in fact have nothing to do with radiation. These are streams of particles of different energies and of different nature emanating from astrophysical objects.

Most of the particles that reach the Earth are born here, in the atmosphere – the so-called “wide air showers” that arise when cosmic particles of extremely high energy collide with atoms in the atmosphere. The study of these “showers” showed that they are provoked by particles of higher energies that could not appear in the solar system – galactic cosmic rays, which can only be directly explored using spacecraft.

As the scientific adviser of the project, head of the laboratory of galactic cosmic rays of the Scientific Research Institute of Nuclear Physics Dmitri Podorozhny reported earlier, the feature of the NUKLON experiment is the miniature of the equipment. The payload is only 400 kilograms, while the complexes used before weighed several tons.