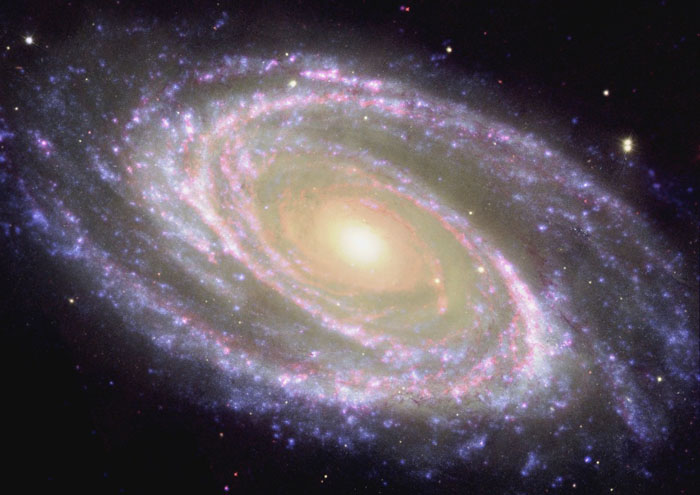 Astronomers, concerned about the displacement of the galaxies in the Local group after long research came to a disappointing conclusion: it turns out that all this time, a huge supercluster, being invisible for the observer from Earth, drew a galaxy to itself with a speed of 50 km/s!

Our home galaxy the milky Way and its neighbors are in constant motion. According to scientists, the whole Local group consisting of 50 of the galaxies (their number is constantly growing as astronomers discover new galaxy) currently moves in one direction under the force of some huge invisible object. Recently, an international team of researchers even found the culprit: it is the nearest to the Local group, supercluster, a huge mass of the substance, consisting of many hundreds of galaxies. Surprisingly, this incredible whopper still no one could see because of the gas and dust clouds, and a light of stars in our own galaxy interfere with the review.

Earlier studies of the motion of the Local group allowed the scientists to predict that something lurks beyond the milky Way. The study of galaxies in the constellation of Sails, through which passes the plane of our galaxy, has also led to the conclusion that in this area there is increased galaxy density. Using the 10-meter South African Large telescope and the 3.9-meter Anglo-Australian telescope in Siding spring, scientists measured the red shift of 4500 galaxies in the constellation of the Sail, on either side of the edges of the milky Way, and confirmed in the monthly publications of the Royal astronomical society, UK, that the increased density of galaxies in the region still exists at a distance of 800 million light years.

This discovery means that the neighborhood of our galaxy are kind of “home” for another huge stellar structure, which is a little farther than the Shapley supercluster, previously claimed to be the “gravity tractor”. By the gravitational pull of the galaxy in the constellation of Sail moving in his direction with a huge human speed 50 km/sec. for alarm But no reason: it is going to take as much as 5 trillion years, and by that time humanity will already anyway.