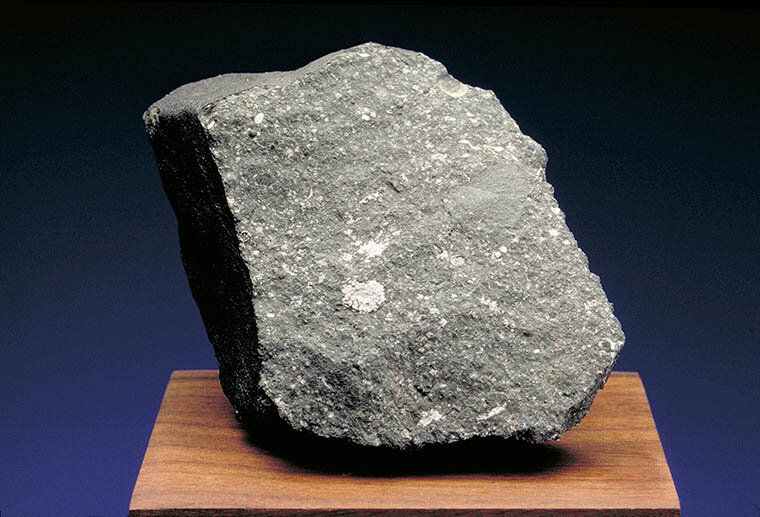 An unusual piece of meteorite may contain unique new information about the history of space, according to a study conducted by scientists from the University of Washington in St. Louis, USA.

Grains of the oldest material, formed before the birth of the Sun, are sometimes found in the composition of primitive meteorites. However, a new analysis showed signs of the presence of such grains in that part of the meteorite in which scientists did not expect to see them.

“It’s amazing that we found these grains of pre-solar material,” said Olga Pravdivtseva of the University of Washington in St. Louis, the main author of the new study. “In accordance with our current ideas about the formation of the solar system, the grains of pre-solar material cannot withstand without losing their structural features. the conditions in which such inclusions were formed. ”

The Curious Marie meteorite (named after the famous physicist Maria Curie) is an example of such an “inclusion”, or piece of meteorite, called a “calcium-aluminum-rich inclusion (CAI).” These objects, which were among the first to condense from the solar nebula, help cosmochemists determine the age of the solar system.

To come to these conclusions, Pravdivtseva et al. Analyzed the isotopic composition of the noble gases that make up the Curious Marie meteorite and showed the presence of silicon carbide (SiC) in the sample, the structure of which carries traces of the formation of interstellar material in the solar medium.

Previously, scientists believed that grains of pre-solar material are unable to withstand conditions in the vicinity of the young Sun without melting, the authors explained.

The study is published in the journal Nature Astronomy.