Unusual photo of Charon from NASA 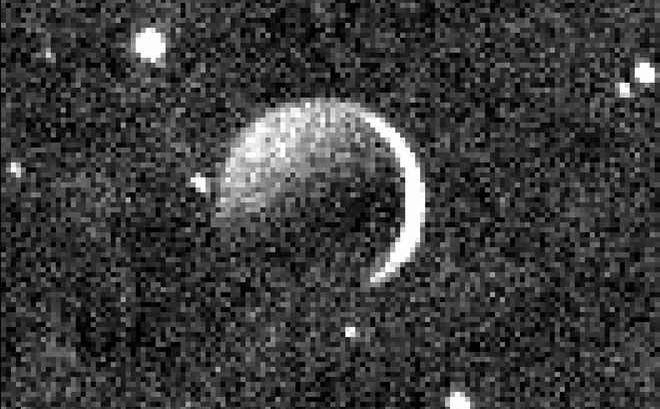 Due to the spacecraft “New Horizons” received a very unusual photo largest satellite of the dwarf planet Pluto.

This Charon we’ve ever seen! Think you’re right. Looking at a new image of the largest of the five satellites of Pluto, it seems, is a young rising moon, i.e. new moon. It looked like Charon on 15 July 2015, when he was captured by the cameras automatic interplanetary station “New Horizons” from a distance of 160 000 km. Despite the fact that the photo was taken a year and a half ago, she just now was first presented to the public. 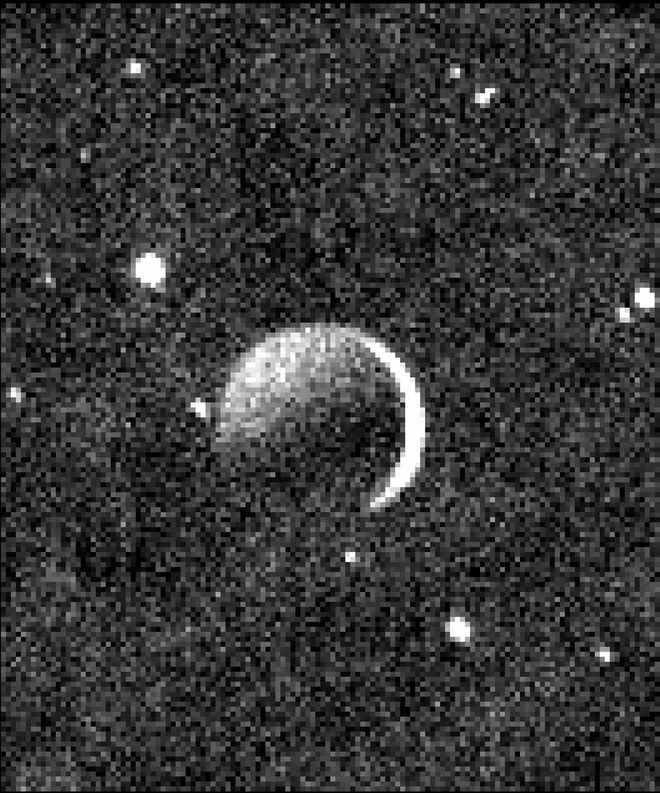 To obtain this picture were involved in the multi-spectral camera for filming Ralph in the visible wave range.

A bright Crescent on the right side of Charon is part of the sunlit landscape of the satellite of the dwarf planet.