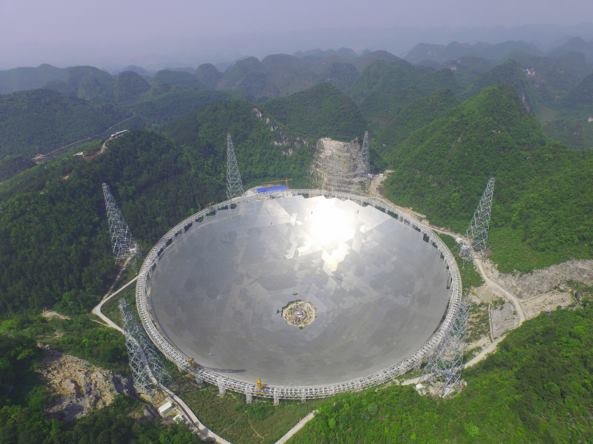 Dedicated to this publication is available in the library electronic preprints arXiv.org and accepted for publication in the Journal of the British Interplanetary Society.

According to Hertz, sending signals to alien civilizations, if the latter exist, can be dangerous for mankind.

China’s participation in these activities caused particular concern to the former Chairman of the Board of Trustees of the SETI Institute, primarily due to the detection capabilities of the PRC signals of extraterrestrial civilizations and the prospects for further disclosure to the international community the country received information.

Of particular concern of the expert called the commissioning of the FAST (Five hundred meter Aperture Spherical Telescope), the world’s largest radio telescope with a filled aperture. China has already stated that the Observatory will participate in project Breakthrough Listen, involving the search of extraterrestrial civilizations.

Hertz offers to regulate at the legislative level METI and its interaction with SETI. The expert also proposes to limit the capacity of the radio transmitters on the planet to which he gave the Arecibo Observatory (Puerto Rico), the deep space communication Complex Goldstone (California) and 40-th Separate command and measurement complex (Crimea).

In addition to Hertz, their concerns to the METI had previously expressed, in particular, the businessman Elon Musk and physicist Stephen Hawking.