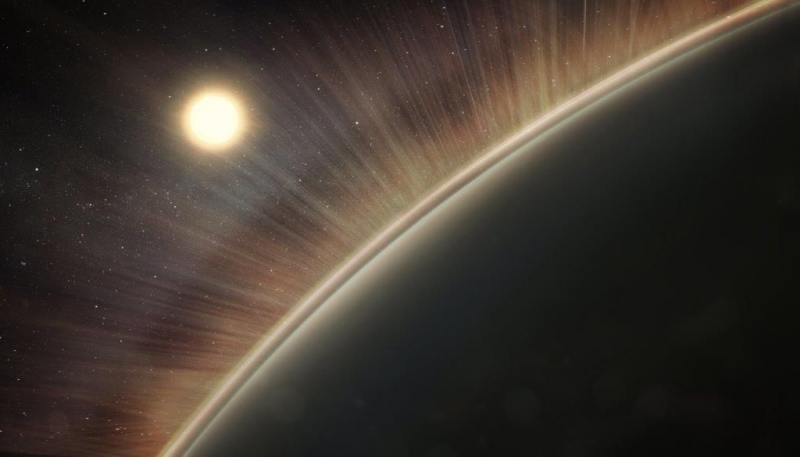 Venus dominates the “electric wind” powerful enough to remove from the upper layers of the atmosphere components of the water – and this mechanism could play a significant role in the disappearance of the oceans from the planet’s surface, according to the new results of the scientists of the mission Venus Express is the European space Agency.

Venus is similar to Earth in size and gravity, and there is evidence that in ancient times on its surface there was oceans of water. However, with surface temperatures around 460 degrees Celsius all the oceans eventually evaporated, and currently Venus is uninhabitable. However, in the thick atmosphere of Venus, the density of which exceeds density of Earth’s atmosphere about 100 times, is from 10,000 to 100,000 times less water than in the Earth’s atmosphere. Obviously, the influence of some mysterious factor causes the destruction of the planet’s atmosphere all this steam, and currently, scientists tend to the version, in which the early water vapour to dissociirovati into hydrogen and oxygen: light hydrogen left the atmosphere of Venus, while the oxygen oxidized rocks for several billion years. In addition, the contribution to the loss of water the earth was made and the streams of charged particles of the solar wind, carrying with them the hydrogen and oxygen from the atmosphere.

But a new study funded by NASA, the scientists of the mission Venus Express is headed Glenum Collinson from space flight Center. Goddard, USA, found that a much larger role than anticipated, the removal of water from the surface of Venus could have played the “electric wind” caused by the electric field of the planet.

The team measured the electric field of Venus by using the electron spectrometer component of the instrument ASPERA-4 mounted on Board the Venus Express probe. Unexpectedly, scientists have discovered that this field is very powerful – more powerful than its counterpart on Earth no less than five times.

The authors believe that these results are of great importance not only to study Venus, but also can explain the loss of Mars atmosphere to space, as similar processes can occur on the surfaces of other terrestrial planets.

The study was published in the journal Geophysical Research Letters.