Venus has become a hellish planet due to the tides of the ancient oceans. 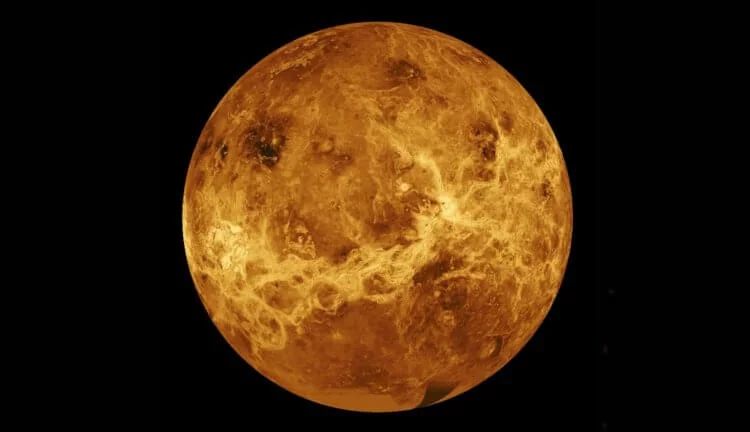 Venus is considered the hottest planet in the solar system – the temperature on its surface reaches 460 degrees Celsius, and the atmospheric pressure is 93 times higher than Earth’s. Some astronomers believe that billions of years ago the planet was much more hospitable, and even huge oceans of liquid water existed on its surface. It was they who, no matter how ironic it sounded, turned Venus into a hell of a place – this was proved during a computer simulation conducted by an international group of scientists with the support of NASA.

Extreme conditions of Venus are related to the fact that it rotates in the opposite direction from the Earth, and very slowly. At a time when our planet takes 23 hours 56 minutes and 4 seconds to complete one rotation around its axis, Venus spends 243 days on it. As a result, there are practically no changes in temperature on the planet, day or night – it is always so hot on it that lead can be melted.

The weather on Venus was favorable.

A group of researchers led by Professor Matthias Green proved that billions of years ago Venus was rotating in the same direction and with the same speed as the Earth. This allowed her to maintain the oceans of water in liquid form, but their tides were so strong that the friction between the mass of water and the bottom had a strong resistance to the rotation of the planet and reduced its speed.

This is evidenced by a computer simulation of young Venus with different levels of water. Oceanic tides really could slow the rotation of the planet, and in some cases 70 days per million years. It turns out that Venus lost its liquid oceans and became a hellish place in just 10-50 million years, which by universe standards is a very short time.

Life on Venus can be revived

Friction between the mass of water and the bottom of the oceans occurs on Earth, and this process also has consequences – in a million years the rotation of the planet slows down by a couple of tens of seconds. From this it follows that in billions of years our planet can also become an inhospitable, extreme, and therefore uninhabitable place.

However, if you fantasize and assume that humanity will be able to come up with a way to control the speed of rotation of the planets, a catastrophe can be avoided. Moreover, people will have the opportunity to revive life on Venus – all that is needed is to speed up its rotation, eliminate the greenhouse effect, pump in tons of hydrogen and extract water.