Venus was called the first inhabited world in the Solar system 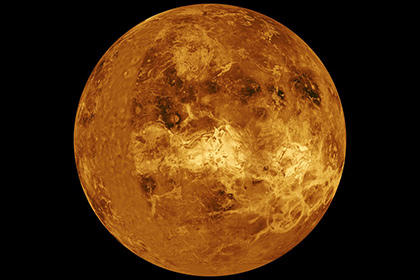 Scientists from the U.S. and Sweden called the conditions of existence on Venus habitable conditions and admitted that the planet in ancient times could support habitability.

Astronomers have shown that if Venus revolved on 16 earth days slower than at present, temperatures of its atmosphere and surface would be comparable to terrestrial indicators. This would not prevent an increase in the solar flux, the value of which in ancient times, scientists estimate, was higher by 46-70 percent.

Around 715 million years ago the climate of Venus, as shown by scientists, was hardly habitable. However, in the case that on the surface initially, there was even a shallow ocean, in more ancient times, the planet could maintain on their surface the existence of liquid water and suitable for primitive conditions of life.

The researchers conducted three-dimensional modeling of climatic changes that might occur on Venus in the past three billion years. To do this, astronomers used the topographic data obtained during the Magellan mission, and the available climate models of the planet.

Dimensions, mass, and acceleration due to gravity on the surface of the second farthest planet from the Sun system comparable to those of the Earth. The temperature of the atmosphere of a modern Venus reaches 750 degrees Kelvin, and its envelope of gas is 90 times denser than earth’s. A complete revolution around the Sun planet rotates in 243 earth days.