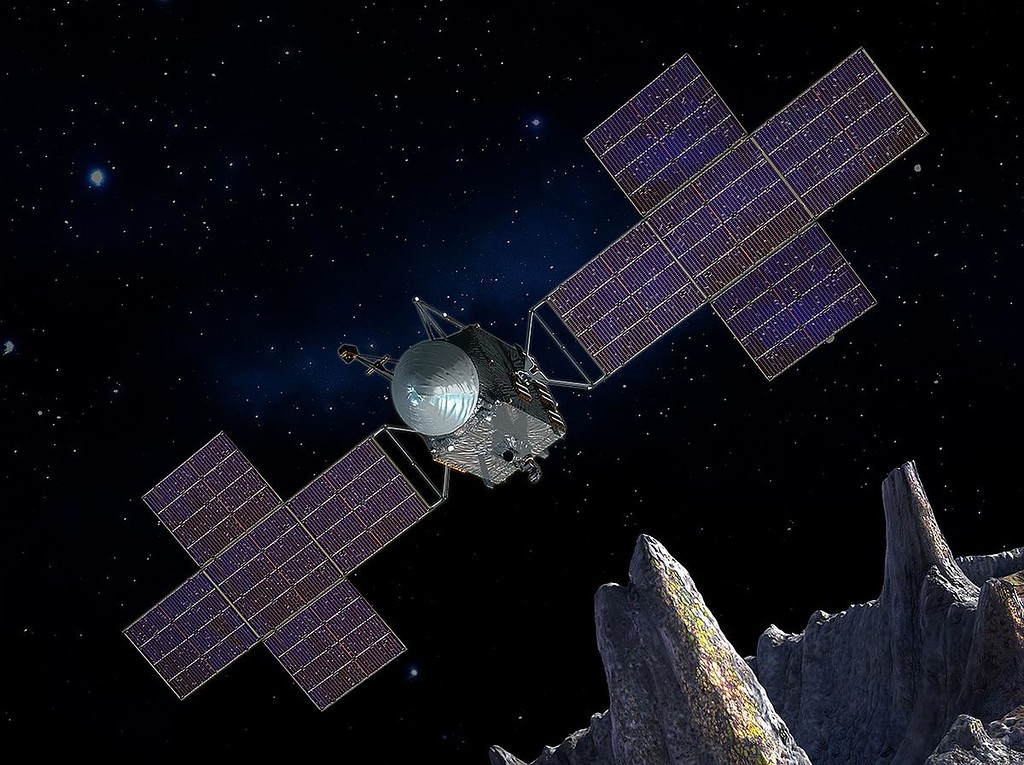 As part of the HARISSA project, a team of European astronomers used the ESO Very Large Telescope (VLT) to explore the largest asteroids of the solar system. One of the objects of observation was Psyche. It is one of the most unusual asteroids in the solar system. The results of the measurement of body mass and the data of spectral observations indicate that it contains a large amount of metals. According to scientists, Psyche may be a fragment of the nucleus of a protoplanet destroyed during a large-scale collision at the dawn of the solar system.

Picture of Psyche made by VLT

Using a SPHERE mounted VLT receiver, astronomers were able to capture a series of images of a metal asteroid. Combining them with the help of a computer algorithm with older images, they managed to create one of the most detailed models for today, Psyche.

The results of VLT observations indicate that the diameter of Psyche is 226 km. The telescope was able to detect two large parts of the relief on the surface of the asteroid: a large crater whose width is equal to almost half the diameter of Psyche itself, as well as a very bright area. Also, astronomers have tried to find possible asteroid satellites. But VLT observations have shown that Psyche cannot have moons with a diameter of more than 1 km.

Psyche is the goal of the NASA mission of the same name. It will be launched in 2022 and will reach the asteroid in 2026. The device will have to conduct a detailed study of Psyche and answer the question whether it really is a fragment of a destroyed protoplanet. The scientific filling of the station will include magnetometers, cameras operating in several spectral ranges, gamma and neutron spectrometers. Also, the device will receive an experimental optical communication system capable of providing a higher data transfer rate by several orders of magnitude than traditional radio communications.