Video: 25 Years of Observing the Sun 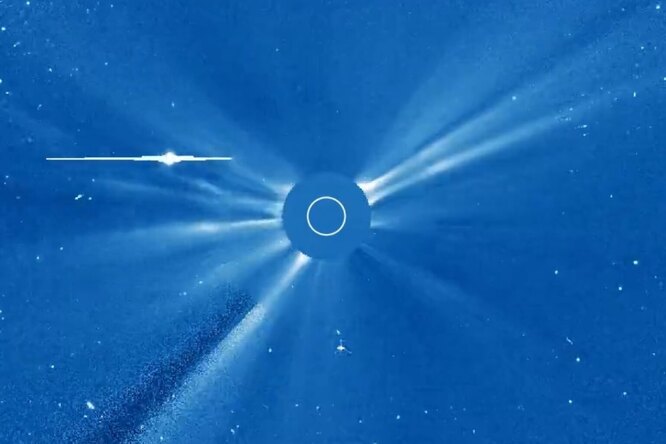 On December 2, 1995, NASA and the European Space Agency (ESA) launched a small spacecraft to observe the sun. Over 25 years, the SOHO space observatory has recorded thousands of flares, sunspots and coronal holes. To celebrate an important anniversary and many years of work, space agencies decided to release a video – a timelapse of 25 years of solar activity.

The SOHO mission leaders are delighted not only by the star itself, but also by the thought that they were able to create an apparatus that has been working properly in extreme conditions for a quarter of a century.

The video shows how the Sun constantly emits solar winds and flares. The activity with which the star does this indicates the stage of the solar cycle, which changes every 11 years. According to scientists, the 25th cycle has recently begun.

Sometimes white noise appears in the video – this is the Sun throwing out boiling plasma, scattering ionized particles and radiation throughout the solar system. These emissions can cause magnetic storms in the upper atmosphere of the Earth, which sometimes have a serious impact on our planet’s energy networks, as well as on orbiting spacecraft and astronauts.

SOHO is 1.5 million kilometers closer to the Sun than Earth. This relative proximity allows the spacecraft to study the structure of the inner part of the sun, its outer atmosphere, and solar winds.

Bernhard Fleck, head of the mission, notes that the main task of SOHO is to study how the sun affects the Earth. Since its launch, the data collected by the spacecraft has been used in nearly 6,000 studies of solar activity.