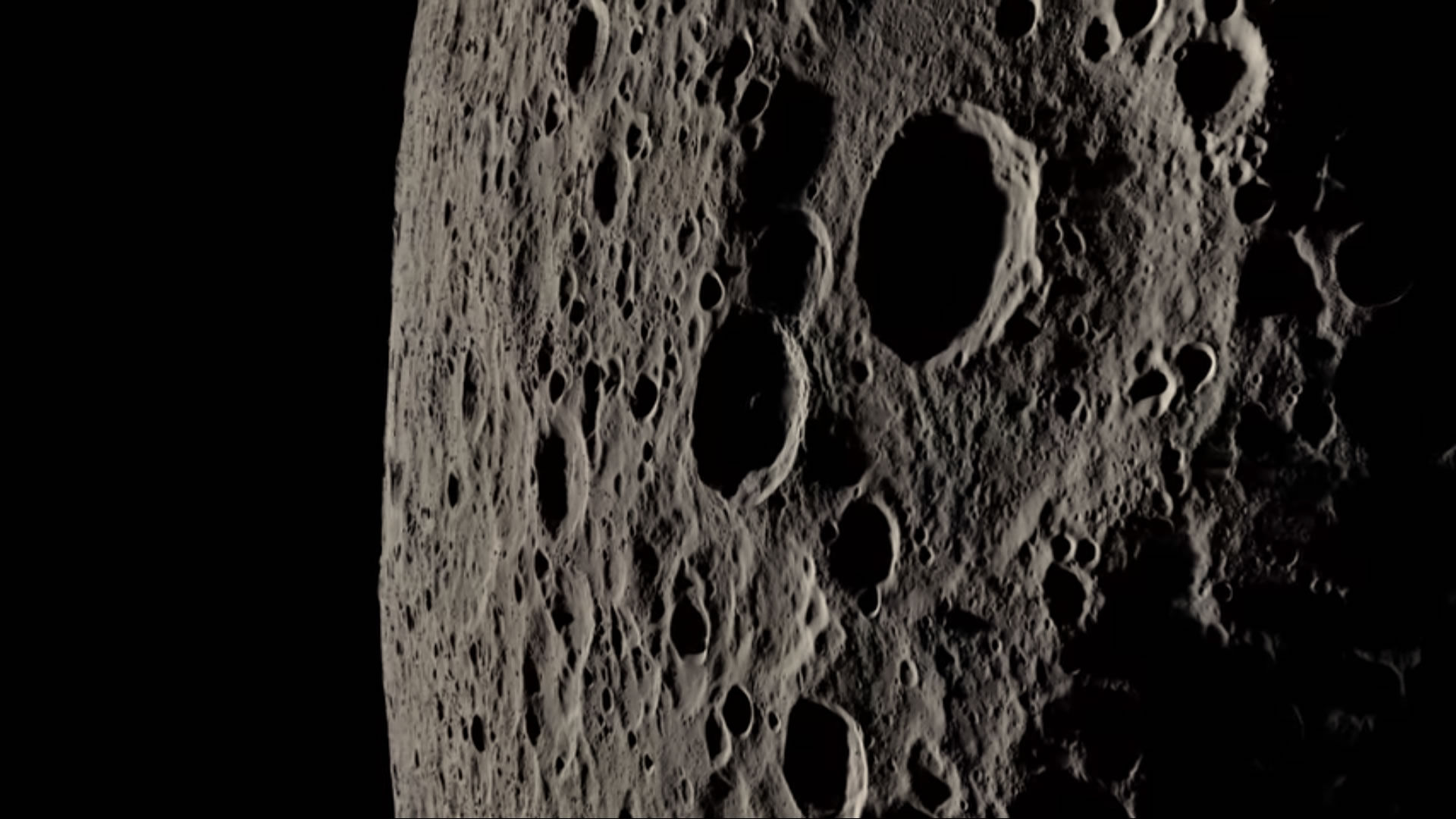 Astronauts aboard the Apollo 13 spacecraft survived the explosion and cut back on oxygen for their difficult journey, April 14, 1970: a 25-minute passage over the opposite side of the moon, with no connection to Earth.

Now you can see some of the mesmerizing views that Apollo 13 astronauts observed on the far side of the moon thanks to a new video provided by NASA’s Lunar Reconnaissance Orbiter (LRO).

LRO is optimized for increasing small targets on the lunar surface. Data from the spacecraft was used for everything: from identifying permanently shaded water ice, for potential use in future human landing missions, to photographing Apollo landing sites from the 1960s and 1970s.

The Apollo 13 crew never had the opportunity to land on the moon. Their ship was on its way to the moon when an oxygen cylinder exploded in the service module on April 13, 1970, forcing mission planners to urgently seek a backup plan. Fortunately, the astronauts were not injured in the explosion. But the damage broke the lines from the oxygen tank and damaged the command module spacecraft, called Odysseus. This module was designed to guide astronauts through the Earth’s atmosphere at the end of a mission.

NASA had to quickly figure out how to support the astronauts for four days on the way home, as they could no longer land on the moon. The agency instructed astronauts to turn on another intact spacecraft in flight – the lunar module “Aquarius” – and make several engine starts using the descent engine of this module. Engine starts were needed to complete the path of the astronauts in space, navigate them around the moon and return to Earth. It was not possible to make an emergency U-turn after the explosion, because only the Odyssey had a powerful enough engine for this, and it was assumed that this engine was damaged during the explosion.

With astronauts already in such danger, caring for the moon added another stress – the crew could not communicate with the Earth during this time. Nevertheless, everything went well and this new LRO 4K video shows the stunning surface details they saw on the far side of the moon.

In the video, you can see craters on the far side of the moon floating along the horizon as a spaceship flies over our satellite, which is 4.5 billion years old. The camera pauses for a short while on a crater with a mountain in the center. And that special moment soon comes when the Earth floats above the horizon, so that you can see your house again.

“This video uses data collected by the Lunar Reconnaissance Orbiter to recreate some of the stunning moon views that Apollo 13 astronauts saw during their dangerous journey on the far side of the moon in 1970,” NASA’s Goddard Space Flight Center reported.

They also noted that astronauts do not see the moon as fast as viewers in the video. “The entire record was accelerated – it is not displayed in real time,” added the center.

Despite becoming a rescue device for a spacecraft intended for landing astronauts on the moon, the lunar module Apollo 13 Aquarius worked incredibly well throughout the mission. Apollo 13 astronauts – Jim Lovell, Fred Hayes and Jack Swigert – safely reached the house, having received only minor injuries, despite the fact that they spent four days on a spaceship with a small amount of heat or water. Lovell and Hayes still participate in public events between the ages of 91 and 86, respectively; Swigert died of cancer in 1982 at the age of 51.

This April marks the 50th anniversary of the Apollo 13 mission. Astronauts themselves will participate in events in New York, Florida and Kansas for a month.