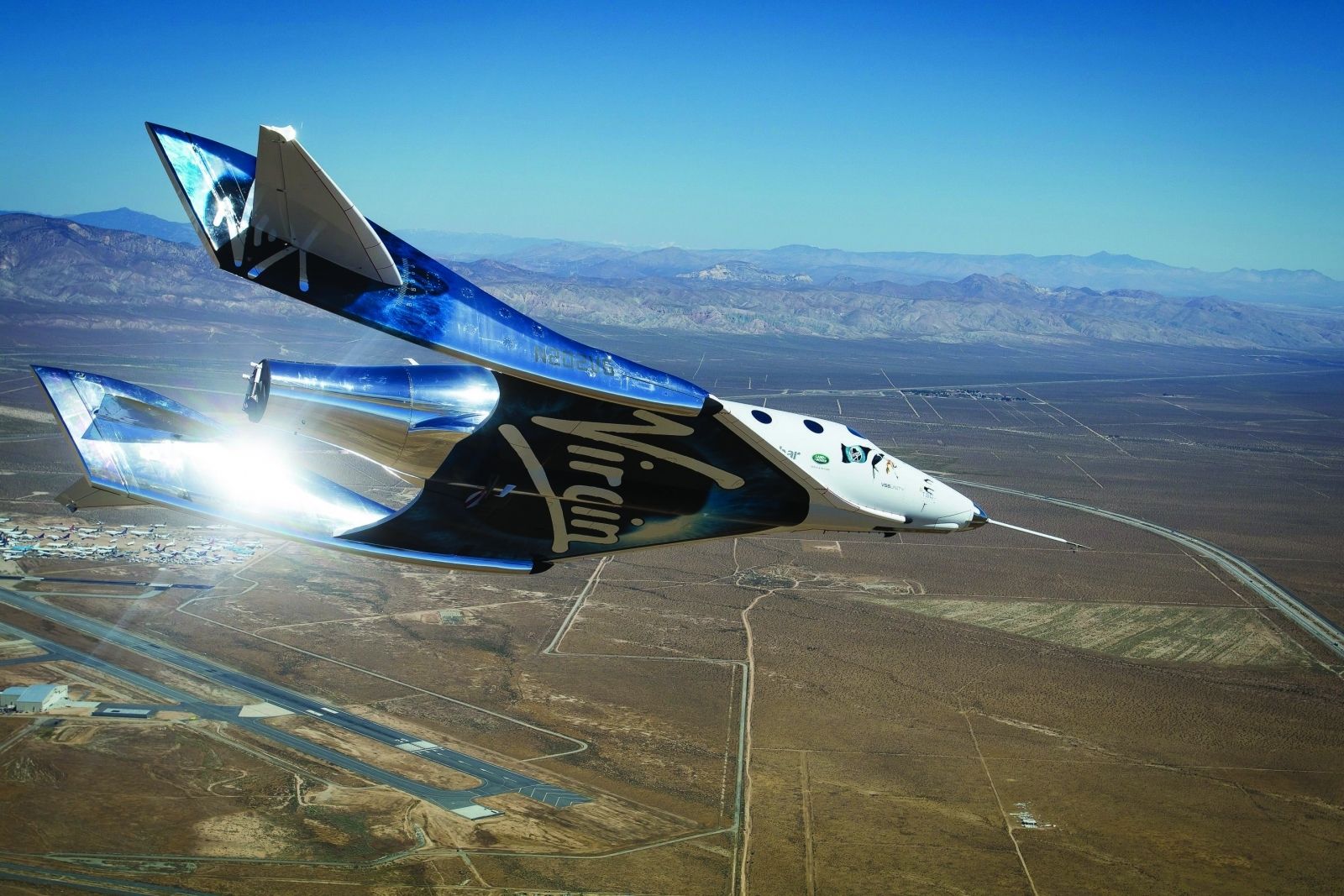 Virgin Galactic successfully tested its SpaceShipTwo VSS Unity spacecraft. During the tests, the device developed a speed of 1.9 Mach numbers and reached an altitude of 35 kilometers.

Virgin Galactic has announced the testing of the VSS Unity spaceplane on its website. Tests were held May 29, 2018 at the training ground in the Mojave Desert (California, USA). During the tests, the spaceplane separated from the WhiteKnightTwo aircraft and developed a supersonic speed. For the ship, these tests were the second, during which he made a supersonic flight. The rocket engine of the spaceplane worked for 31 seconds.

During the tests, Virgin Galactic specialists analyzed the operation of the VSS Unity flight control system at supersonic speed. At this time in the vehicle, passenger seats were installed.

Recall, the first supersonic flight VSS Unity performed on April 5 this year. The tests were conducted in the Mojave Desert, the apparatus was controlled by Dave McKay and Mark Stuckey. At the moment of take-off, the suborbital spaceplane was in conjunction with the carrier VMS Eve. The undocking was carried out at an altitude of 14 thousand meters, and then launched the ship’s engines. The device reached supersonic speed, gaining a height of 25 thousand meters. After that, he successfully mounted at the airfield in Mojave.

The first flight VSS Unity performed on September 8, 2016, being docked to a carrier aircraft. In December of the same year the spaceplane made the first planning flight.

The last tests should be considered as the final stage of testing the spaceplane before the full operation. Recall, the main task of Virgin Galactic – the organization of tourist suborbital space flights. In addition, SpaceShipTwo is planned to be used to study the atmosphere in the interests of the National Oceanic and Atmospheric Administration. Some devices for this will be placed on the White Knight Two acceleration airplane.

The maximum altitude of the ship’s flight will be 135-140 kilometers (according to other data – 160-320 kilometers). The maximum overload is 6 g. On board SpaceShipTwo will accommodate two pilots and up to six passengers. According to earlier voiced plans, Virgin Galactic intends to create five units SpaceShipTwo and two aircraft White Knight Two, serving as carriers.