Voice of the cosmos will help to detect black holes 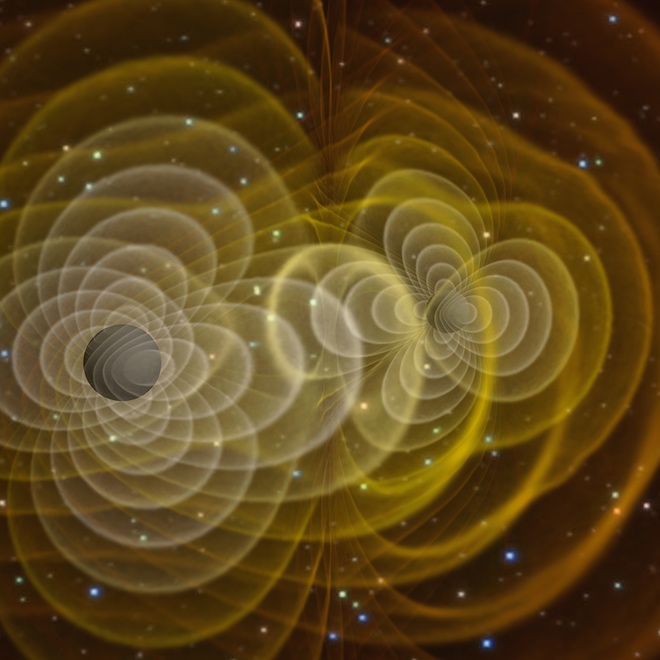 Deep space is not such a quiet place, as we used to think. Every few minutes a pair of black holes collide with each other. These cataclysms cause ripples in space-time tissues, known as gravitational waves. In the new study, scientists have found a way to measure the gravitational-wave background, which will detect thousands of black holes at huge distances.

To date, there are six confirmed manifestations of gravitational waves, discovered by the observatories LIGO and Virgo. According to the author of the new study, Dr. Trein, more than 100,000 annual gravitational waves are too weak for their detection by instruments, but together they create a gravitational-wave background noise that scientists have been trying to detect for years, and finally they succeeded.

Doctors Eric Train and Rory Smith of Monash University in Melbourne were part of the team that participated in last year’s discovery of gravity waves from a pair of neutron stars, as well as the team involved in detecting waves in 2015, when scientists first saw the ripples in space-time fabric created the collision of two black holes in the distant universe, confirming the general theory of relativity of Einstein.

It is expected that the new method will reveal thousands of previously hidden black holes, highlighting their voice from the general cosmic silence.

The scientists developed a computer model of weak signals of a black hole and checked the mass of data until they were sure what exactly was within the simulated data a weak but unequivocal evidence of the merging of black holes. Dr. Smith is confident that the method is applicable to real data. According to him, recent improvements in the analysis will reveal what people have spent decades searching for. The new method is a thousand times more sensitive than before and should lead scientists to achieve the long-awaited goal.

It is noted that researchers will have access to a new $ 4 million supercomputer that was launched last month at the Swinburne Technological University. A computer called OzSTAR will be used to search for gravitational waves in LIGO data.