Volunteer finalized the photo of Jupiter from Juno 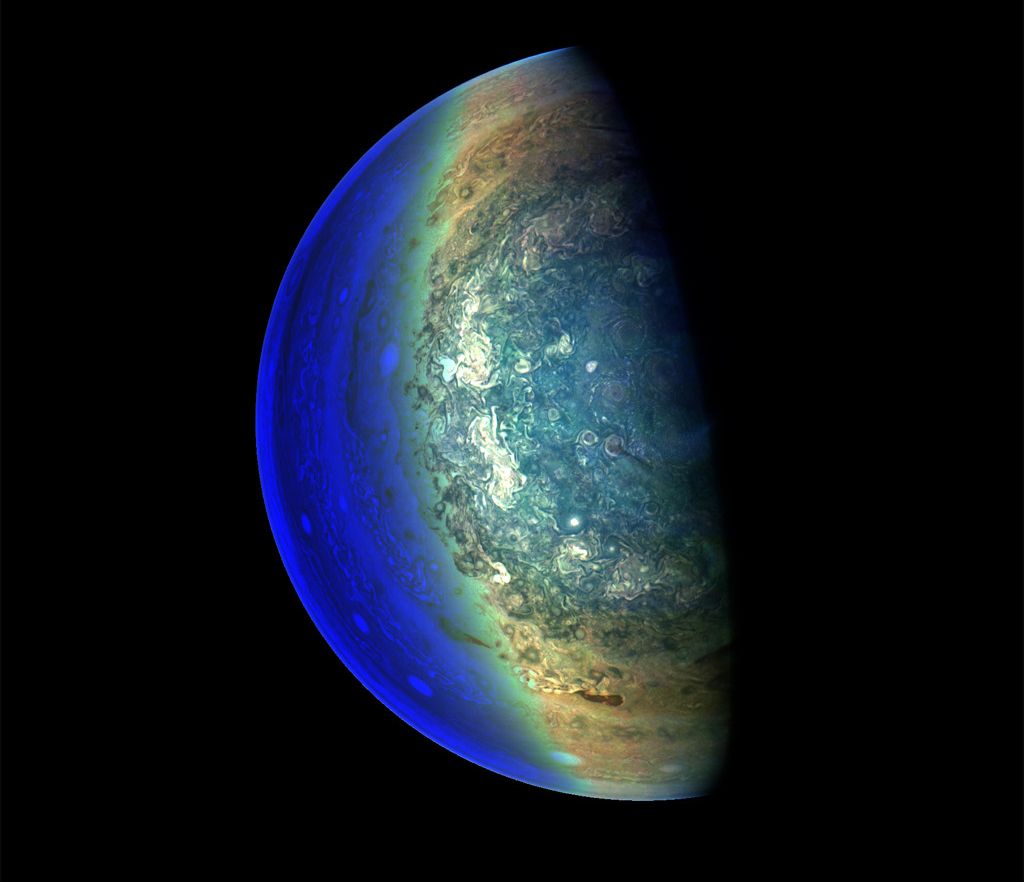 The automatic interplanetary station Juno, owned by the American Space Agency NASA, made a picture of the southern pole of Jupiter presented here during a demonstration flight near Jupiter on February 7 of this year.

The image shows colorful clouds circulating around the south pole along with several white oval-shaped storms known as “strands of pearls”.

A scientist named Herald Ickstedt worked on the resulting photo taken by the JunoCam imaging system and shared his masterpiece with the general public.

When the Juno spacecraft made this image, it was 120,333 kilometers from the upper clouds of Jupiter.

“This image is one of a series of images taken during the experiment to achieve better results in photographing the illuminated parts of the polar region of Jupiter,” scientists from the American Space Agency said in a statement.

The Juno spacecraft makes incredible photos of the largest planet in our Solar System since the arrival of the gas giant in 2016. Within the framework of this scientific mission, the weather of the planet, the composition of its atmosphere, magnetic fields and so on is also studied.