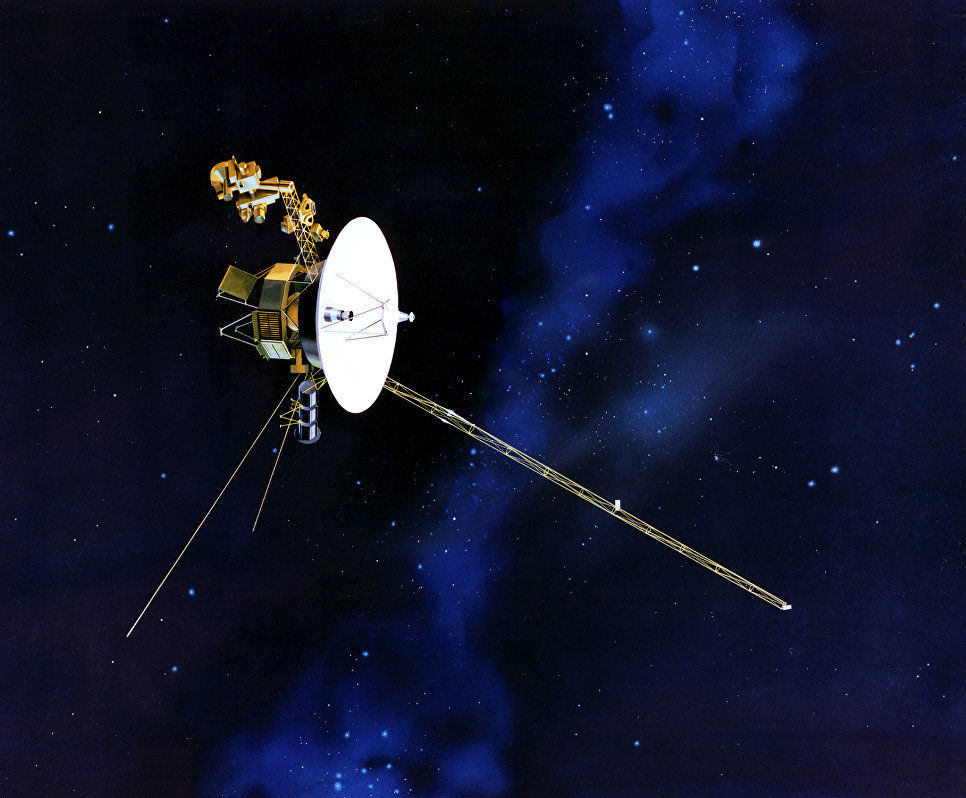 The launch of the Voyager 1 and Voyager 2 space probes was carried out back in 1977, the head of missions to which remains Ed Stone. The work of these two vehicles has been helping to reveal the secrets and secrets of the cosmos for 40 years. In August and September of this year, both “Voyager”, also called space “long-livers”, are preparing to celebrate their anniversary, being at the farthest distance from our planet.

According to the latest data received from Voyager 2 sensors, the devices are already on the “threshold” of the solar system and are about to or have already left the heliosphere, the so-called “bubble” from the solar wind plasma in which our world is located.

The task of the first Voyager included the exploration of such giant planets as Jupiter and Saturn, and the work of the second probe was more focused on the study of Uranus and Neptune. The first “Voyager” arrived to Jupiter in 1979, at the same time, one of his first photographs was obtained, and he reached Saturn in August 1980. The most clear pictures of these planets “Voyager 2” made after rapprochement with them in July 1979 and in August 1981. The official end of his mission was in August 1989 after rapprochement with Neptune and his satellite Triton, which were then first photographed by him.

However, even after four decades, both vehicles are still studying the most remote corners of the solar system, and help scientists unravel the secrets of the physical properties and chemical component of outer space beyond the boundaries of the heliosphere.

Very soon, in September of this year, NASA plans to send an automatic interplanetary station “Cassini” to the upper atmosphere of Saturn, where it will burn and complete its mission. Therefore, most likely, Voyager 2 will even survive its successor.

According to the latest information, the Voyager-1 has reached a record distance of about 13 billion kilometers, which is a colossal achievement for the device created by the hands of man. At the moment, it is moving towards the galactic “north”, studying interstellar magnetic fields, which from the first received data characterized themselves as unusual behavior.

Voyager 2 overcame on an approximate estimate of about 11 billion kilometers and is currently moving in the opposite direction, while still within the heliosphere. All NASA scientists are waiting with great interest for the upcoming event to study data from both devices, which will tell in detail about the arrangement of the interstellar medium at opposite “ends” of the solar system.

According to preliminary estimates, Stone said, the resources of radioisotope generators of electricity and heat on space probes will be enough for the work of scientific equipment until 2030. Their journey through the Galaxy will continue, and according to calculations their return to the solar system will take place approximately 225 million years.