Voyager-1 engines switched on after a 37-year break 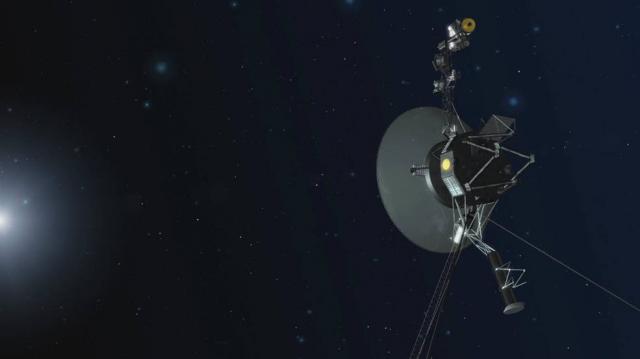 NASA specialists successfully launched the redundant engines of the Voyager 1 spacecraft (Voyager 1), which were not used for 37 years.

Voyager 1 is the fastest NASA device, the record holder for the distance traveled among man-made probes. This apparatus is the only one located in interstellar space.

Voyager 1, which already flies for 40 years, uses small micromotors to adjust its position so that the antenna is constantly directed to Earth. These micromotors generate pulses lasting a few milliseconds.

Since 2014, NASA experts have noticed that micromotors are coping with their task all the worse. It became necessary to use more and more pulses for correction.

NASA employees decided to use for this purpose four spare engines that have not been launched since 1980. According to engineers, this will prolong the work of Voyager-1 for 2-3 years.

Specialists had to “pick up” 40-year data on the engines and analyze the program codes that were written in assembly language.

The started engines were used to change the trajectory of the vehicle during maneuvering when flying past Jupiter, Saturn and their moons. The last time they were launched on November 8, 1980.

All Voyager engines were developed by Aerojet Rocketdyne. Similar MR-103 engines were used in other NASA spacecraft, including “Cassini” and “Dawn”.

For the first time after a 37-year break, four spare engines were launched on November 28, 2017. The tests showed that they can be used to correct the position of the apparatus with the help of 10-millisecond pulses. The results of the tests specialists had to wait 19 hours and 35 minutes until the signal reached the center antenna in Goldstone, California.

Most likely, similar tests are waiting for the Voyager 2, although its corrective engines are not in such a bad condition as the Voyager 1. Voyager 2 is now flying to interstellar space. It is assumed that he will go into it for several years.