Voyager 1 will briefly be closer to the Earth 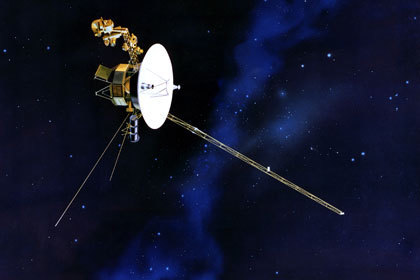 Despite the fact that Voyager 1 is currently seeking to leave the solar system, the trajectory of its flight and the Earth’s rotation trajectory coincide annually, and so the planet and the spacecraft converge for a short time. The fact is that both the Earth and Voyager are moving in the same direction in this period, but the planet, of course, flies with much faster speed. Tom Scott today will tell you about this amazing phenomenon:

In 2013, Voyager 1 became the first artificial device to overcome the area of ​​gravity of the sun. The ship, still collecting data for the Earth, sent NASA audio recording from a distance of 17.7 billion kilometers. According to the agency’s experts, “this interstellar research is the ultimate goal of the Voyager mission.”

The probe will continue to function for a few more years, but the process of gradual curtailment of the program on Earth began back in 2007, when the space wanderer refused the plasma subsystem. In 2020, NASA will disconnect all communication devices, and in the period from 2025 to 2030 the ship itself will lose any opportunity to use on-board devices. The official position of NASA regarding the future of the device is very romantic: “He is destined to forever plow the expanses of the Milky Way”, say the engineers.