Voyager 2, after more than 40 years, entered the interstellar space 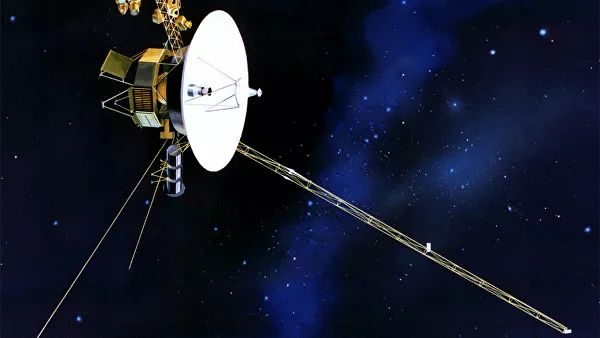 More than 40 years after launch, the Voyager 2 spacecraft entered the interstellar space and transmitted the first data from there, NASA reported.

“Voyager 2” left the heliosphere – “a protective bubble of particles and magnetic fields created by the Sun,” the report said. The device entered interstellar space at a distance of 18 billion kilometers from Earth, far beyond the orbit of Pluto, on November 5, 2018. It took another year for the collected information to reach the Earth and be decoded by experts.

Five articles devoted to the event were published in the journal Nature Astronomy on Monday, each of which describes the results from one of the five devices of the device – a magnetic field detector, two particle registrars in different energy ranges and two devices for studying plasma – a gas consisting of charged particles.

“The combination of these results helps to paint a picture of this space” coastal strip “where the Sun’s environment ends and a huge ocean of interstellar space begins,” NASA said.

Both Voyagers are now in a kind of transition zone, which is not yet free of heliosphere matter. It is important that the second Voyager confirmed the testimony of the first, as it ended up in interstellar space at another place and at another time in the 11-year solar cycle. Now scientists know that the data of Voyager 1 does not apply only to a specific place and time of its entry into interstellar space.

The original goal of both Voyagers was to explore Jupiter and Saturn. In addition, Voyager 2 has so far made the only flight in history past Uranus and Neptune. Ultimately, both vehicles left the borders of the solar system. Voyager 1 is now 22 billion kilometers from the Sun, and Voyager 2 is 18.2 billion kilometers. The light of the Sun takes 16.5 hours to reach Voyager 2, while it only takes eight minutes to reach the Earth.