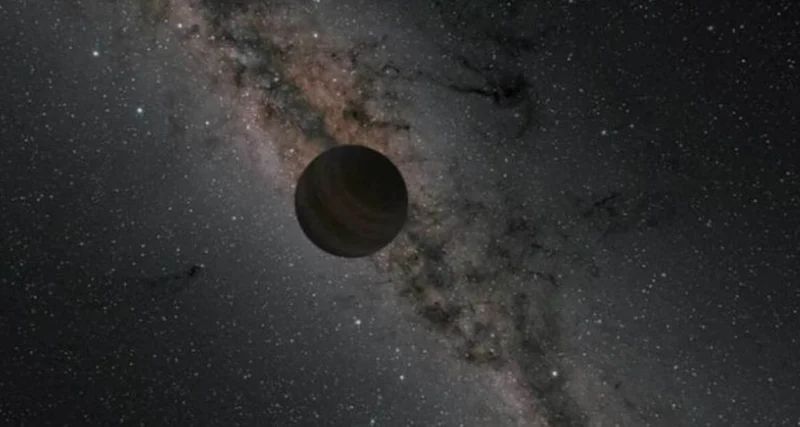 With the help of microlensing technology, astronomers have managed to find a small wandering planet, the mass of which is approximately the same as the mass of the Earth.

Finding an object against the background of a cosmic abyss that does not emit light is not an easy task, but scientists have found a way out of this situation.

If you imagine a star system as a family, then some planets leave home early. Leaving the gravitational embrace of their family, they are doomed to perpetual drift in interstellar space, not tied to any star. Astronomers like to call these bodies “rogue planets,” and recently a team of astronomers found one of these wandering planets with a mass roughly equal to that of Mars or Earth.

Finding something in deep space that does not emit its own light is extremely difficult. But two scientific organizations are doing just that. These are the OGLE collaboration (Optical Gravitational Lensing Experiment) and the KMTN (Korea Microlensing Telescope Network) collaboration.

Recently, a group of scientists from both organizations announced the discovery of a low-mass rogue planet. There are no stars near it, and therefore its distance from the Earth has not yet been confirmed. The team argues that the discovery proves that microlensing is effective in detecting Earth-mass planets that float freely in space – a major advance.

Astronomers think that at the dawn of the solar system, some low-mass planets were thrown into outer space from the star’s weak gravity. In the early days, the entire system is chaos, and the gravitational interaction between the star and its planets can in fact “expel” small bodies outward.

“According to theories of planetary formation, the typical masses of exiled planets should be between 0.3 and 1.0 Earth masses,” the authors write.

In this case, a low-mass planet acts as a lens. And depending on how strongly the foreground object affects the light from a distant star, astronomers can gain a number of valuable information about it.

According to the authors, the new planet is “the most extreme short-duration microlens discovered to date.”

Over the past couple of decades, knowledge about exoplanets has grown dramatically. We now know of thousands of them and expect planets to orbit almost every star. All this knowledge has led to updated theories and models of the formation of planets and the solar system. And these models show that there must be many rogue planets in the world that have been thrown out of their systems.

The point is that there may be billions or even trillions of freely floating planets in the Milky Way alone. In their work, the authors list the ways that planets could become “orphaned”: scattering of planets; dynamic interactions between giant planets that disrupt the orbits of smaller inner planets; interactions between stars in binary or triple systems and star clusters; star spans; host star evolution and more.

By the way, an interesting fact: the very planet, called OGLE-2016-BLG-1928, was discovered as a result of microlensing, which lasted only 41.5 minutes.