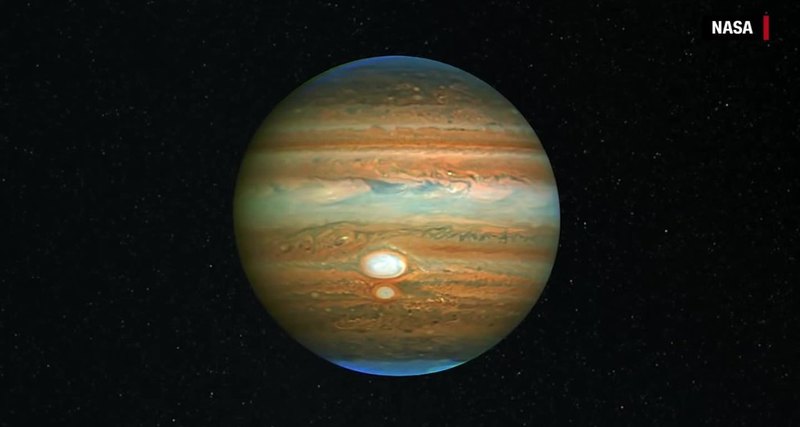 The largest planet of our system has long attracted the attention of astronomers trying to explain the mechanism of its formation and the results obtained.

When studying the Great Red Spot with ground-based telescopes, a team of astrophysicists from the US managed to distinguish spectral traces of water. Apparently, its content in the Jovian atmosphere is comparable to carbon monoxide (CO), the availability of which has been known for quite some time. Apparently, the total oxygen content on Jupiter exceeds the analogous parameter for the Sun in 2-9 times.

This conclusion supports theoretical and computer-simulation models, which predicted the abundant water on Jupiter. Indeed, if there is oxygen and hydrogen there, then why not be water?

The spectral signatures of water were discovered during the study of the cloudiness of Jupiter located below the uppermost layers. The authors of the study at first thought that the overlying layers of the atmosphere blocked any radiation from below, but in reality this did not happen. The researchers were able to look inside the atmosphere of Jupiter “for thousands of miles.”

On the satellites of Jupiter, water is reliably there, so its presence on the giant planet is not such a big surprise. Nevertheless, the result obtained is an obvious success, as water was detected from the Earth.

According to some assumptions, Jupiter has a solid core, perhaps a dozen times larger than the Earth. It may very well be that in the foreseeable future, scientists will be able to discover him too.